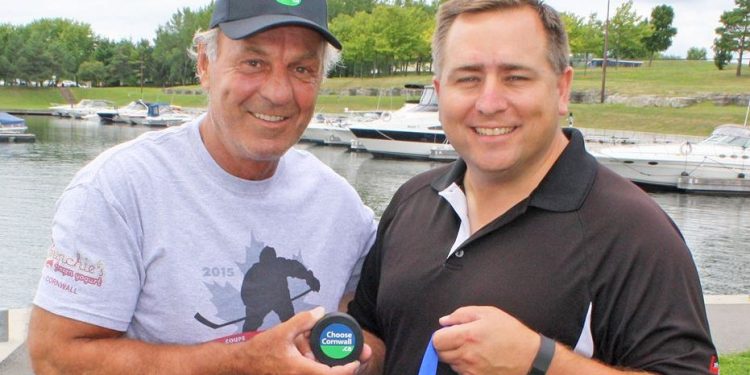 Cornwall City Council has proclaimed Thursday as Newsy Lalonde Day in Cornwall and there are a number special events planned to mark the occasion. Residents are invited to join in the festivities taking place on the arena floor of the Cornwall Civic Complex from 10 am – 2 pm.

“It’s going to be a great celebration of hockey and one of our hometown heroes,” said Mayor Leslie O’Shaughnessy.

The highlight of the day will be the unveiling of a new provincial plaque recognizing Édouard Newsy Lalonde as one of the original ‘Flying Frenchmen’ from hockey’s early days. The ceremony will be held at 11 am and it is being coordinated by the Ontario Heritage Trust in partnership with the Cornwall Sports Hall of Fame and the City of Cornwall.

Representatives from the Hockey Hall of Fame will be bringing a display of some of the storied NHL trophies as well as some artifacts from Newsy Lalonde himself, who began playing hockey at the age of 16 with the Cornwall Rovers.

Newsly Lalonde was captain of the Montreal Canadiens from 1915 to 1921. He lead the Habs to their first NHL Stanley Cup win in 1916. He also scored the first ever goal in Montreal Canadiens history, and he lead the Habs six times in scoring. He held the record for most goals scored by a professional hockey player until a guy by the name of Maurice Richard came along. He was also the coach of the Ottawa Senators between 1929 and 1931, and the coach of the Canadians between 1932 and 1935.

In 2010 the roadway accesses to the Cornwall Civic Complex was named “Newsy Lalonde Way”.

Cornwall Colts gearing up for 25th season in CCHL