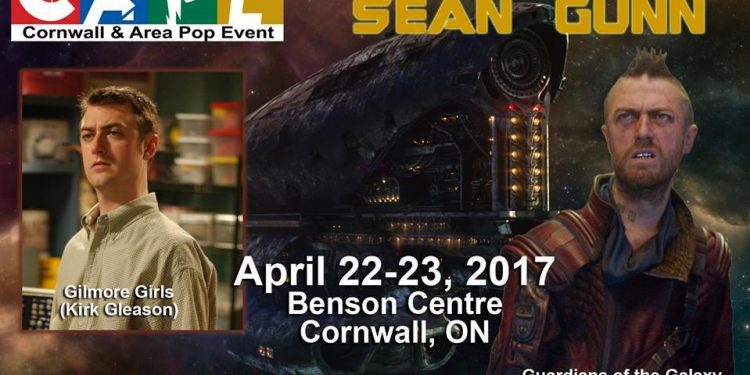 Cornwall Ontario – Actor Sean Gunn, from Gilmore Girls and Guardians of the Galaxy, will be a special guest at The Cornwall & Area Pop Event (CAPE).

Actor and writer Sean Gunn played the quirky character of Kirk Gleason on Gilmore Girls. He also played the character of Kraglin in Guardians of the Galaxy, and he will be reprising that role in the sequel.

His resume includes roles on TV shows like Glee, Angel, and Third Rock from the Sun, and movies like Pearl Harbor.

Gilmore Girls and SAW horror films star Scott Patterson will also be a guest at CAPE 2017.

CAPE takes place on April 22nd and April 23rd 2017 at the Benson Centre. Visit their website for more information. For all the latest news on CAPE be sure to like their Facebook page