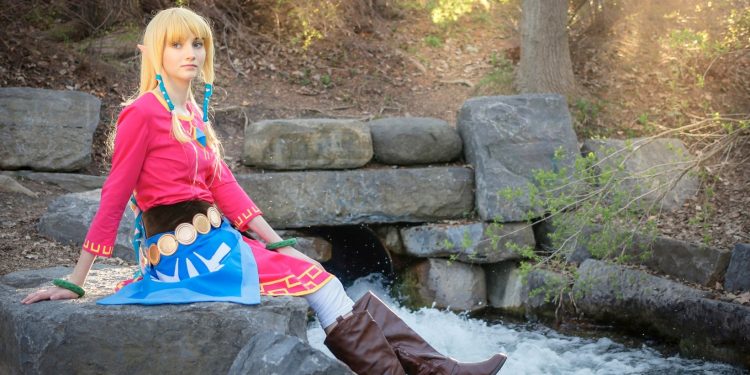 The event will be celebrating the Legend of Zelda, Pokemon, and Smash Brothers Brawl. It features special guest including the Doctor Who Society of Canada, the Ottawa City Carrison 501st Legion from Star Wars, and cosplayers Cats-Luna, NailoSyanodel, Peekaboo and MNC Props. There is also a masquarde, exhibitors and vendors, and a line up of special guests and panelist covering armor making, superhero theories, cosplaying, and cosplay photography.

“We’re all really excited for CoTiCon this year! We have some of our attendees favourite events coming back, like the Smash Bros Tournament, our masquerade (costume contest) with amazing cosplay guests as judges, and incredible panels. But we also have some new, free activities that we’re adding onto the list of activities, themed after Pokemon and Zelda. With the popularity of Pokemon Go we’ll also have a few lures set up as well. I hope people are just as excited as I am for the event, I can’t wait for people to try out our activities, enter our contests and check out the artists selling their work in the exhibitor’s room,” said event founder Annie DeRochie.

This is the third annual CoTiCon. It began two years ago when Annie DeRochie joined the Summer Company Program.

“CoTiCon started when I saw an opportunity. I’ve been attending conventions since 2010, and been loving the concept since even before then. So when I heard of the Summer Company program, which gives students a grant and a chance to run and learn about business, I figured it could be my chance to bring a convention to Cornwall. I didn’t think I could do it at first, being nearly 17 at the time, but I have a lot of amazing friends with experiences in running or staffing conventions who have helped me out tremendously,” Annie DeRochie reminisced.

The event has grown since it’s beginning. This year’s event will focus on several themes and has more activities.

“Well I can definitely say that CoTiCon is growing this year. CoTiCon 2016 has free themed activities this year which we are very excited about. Both The Legend of Zelda and Pokemon have milestone anniversaries that took place this year, and seeing as the two series are popular I figured it would be fun to theme activities off of them. We have two scavenger hunt-like games, the Gotta Catch Em All Pokemon game, which involves following clues to find Pokemon puzzle pieces. And we have the Zelda Quest which includes more clues, puzzles and mini games. There’s a lot of other fun themed activities besides these though, that would take a long time to talk about.

Our gaming room and exhibitor’s spaces are also larger this year. We’re going to have some retro games setup (Nintendo 64 and NES) as well as our regular programming with our Smash Bros Tournament. And our exhibitor’s space is completely full as of July 30th, and with mostly artists this year. Be sure to check that out, as some of our artists have never shown their works at conventions before and it will be your only chance to purchase some of their pieces. And we also have a very special panel this year too! One of our cosplay guests, MNC Props, will be hosting a hands on workshop on how to make armor for $5, where participants will get to make their own armor headpiece with materials that are very commonly used for large armored costumes. It’s going to be really neat,” Annie DeRochie added.

This year CoTiCon has also partnered with Beyond 21’s Cornwall Food Fest and will include a parade in downtown Cornwall at 11am.

We’re also partnered with Beyond 21’s Food Fest, and some of these activities will involve visiting certain areas of that event, as well as a mini-parade of costumed individuals who will be going through Food Fest. As well as we hope out attendees will check out Food Fest as it’s so close by, I think they’ll love it,” Annie DeRochie explained.

In addition to being the founder of CoTiCon, Annie DeRochie is also a fashion design student. She is taking Fashion Design at Fanshawe College. In addition to creating fashion clothing, she also creates costumes. She is an award winning cosplayer. Several of her costumes have won awards at conventions including some presented at masquerades and competitions. She has the distinction of being a Canadian Master Class, and an International Artisan – both impressive titles for her age class.

How did she get into cosplay? She learned about it googling her favourite game series, The Legend of Zelda.

“I got into cosplaying after googling things about my favoruite game series, The Legend of Zelda. From there I found pictures of cosplayers, then learnt about conventions and found out that there was one coming up in Montreal. So, I got my mother to assist me in making a costume of a minor Zelda character, and eventually learnt to do things myself along the way. Now I’m interested in making costumes that include a lot of cool techniques, corsets, hoop skirts and require fine detail. And now that I’m finished on year in Fashion Design at Fanshawe College my skills have improved so I can make my costumes even better, which is great. It’s also a great feeling that a hobby that I started to love as a kid may help me out with a future career,” Annie DeRochie recalled.

Annie DeRochie has designed many costumes over the past few years, but her favourite is the character of Lissa from Fire Emblem Awakening.

“My favourite costume to model is actually my most recent, Lissa from Fire Emblem Awakening! It’s been my most challenging costume to make as well as it took me close to three months to complete. It involved me figuring out and planning how to make a realistic looking steel cage hoop skirt out of duct tape and steel strapping (it’s remarkable how much I made it look like it’s purely steel), altering a corset pattern and making a proper corset with all the character’s little details (including very specific seams), and as well as drafting my own skirt patterns and for the first time ever making a decently large prop. I made it very comfortable too, and durable and I’m just so proud of it. It’s probably my best work to date on a costume, and it’s so much fun to wear with that hoop skirt,” said Annie DeRochie.

In addition to cosplaying and organizing CoTiCon, Annie DeRochie still attends various conventions out of town. Two of her favourites are Otakuthon and YetiCon.

“I actually have two favourite conventions, and I can’t decide which I like better. Otakuthon is definitely one of them, and not only because it was my first but it’s just a really great event. It’s Canada’s second largest convention, it has so much to see and do, tons of beautiful costumes that are all masterly crafted. My other favourite is actually a new convention as of 206, YetiCon! It’s a resort convention that takes place at the Blue Mountain Resort. The location is lovely, but the convention is absolutely fantastic. It’s well run and there are so many fun events throughout the day like cosplay pool parties and things like mountain coaster rides. It’s just a fantastic and fun time. And the highlight to both of these conventions are the fact that I get to see my friends, meet new people and have a good time with like minded, geeky people. It’s always the people that make the convention!” said Annie DeRochie.

For those interested in cosplay or geek culture, CoTiCon has a lot to offer for people of all ages. It’s also a chance to meet new people and have fun!

Tickets for CoTiCon are only $20. For more information on this event visit the CoTiCon website.