LNAH to discuss final fate of River Kings this Monday 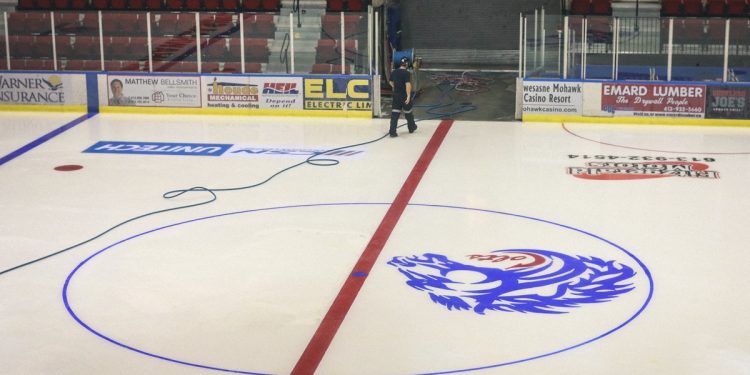 Cornwall Ontario – On Saturday morning the Cornwall River Kings logo at the Civic Complex was removed from the ice, however the final fate of the River Kings won’t be decided until Monday evening.

The LNAH (La Ligue nord-américaine de hockey) was informed on Friday that the Cornwall River Kings put an end to their activities and will not be starting the 2016-2017 season.

“The Board of Governors of the LNAH met accordingly on Friday evening to hold a telephone conference on the future of this franchise. Already, various scenarios were considered in order to retain the team and start next season with eight teams,” said VP of LNAH Communications Denis Boisvert in an email statement to press.

The LNAH has given until Monday evening to make a final decision on this important issue . An emergency meeting of the Board of Governors will be held and all scenarios will be presented to the owners.

“The LNAH will make no further comment,” Denis Boisvert concluded.