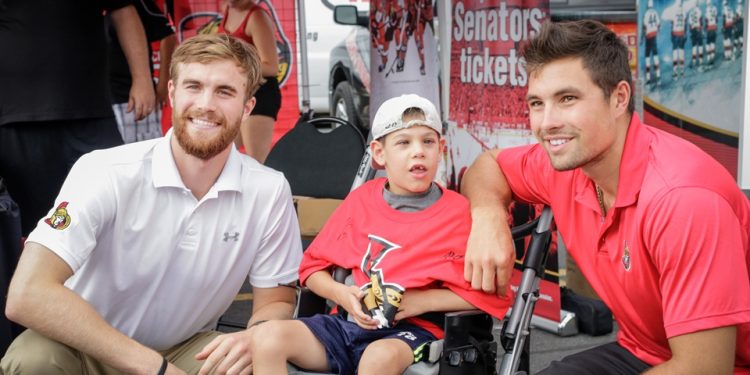 Die-hard Sens fans can still meet some of their favourite players at the Morrisburg Canadian Tire on Tuesday, August 30th, 2016. The Morrisburg event is scheduled to take place between 1:45pm and 5:15pm, and the autograph session will take place from 3:45pm to 4:45pm.

There will be a wristband policy in effect for autographs. Wristbands will be limited and available in a first-come basis at the customer service desk of the Morrisburg Canadian Tire store at 8am the morning of the event.

The Ottawa Senators will announce which players are visiting closer to the date.

This year the Ottawa Senators Hometown Tour series will be visiting Brockville Ontario after the Morrisburg event.

For more information on the Ottawa Senators Hometown Tour, including other event dates visit their website.