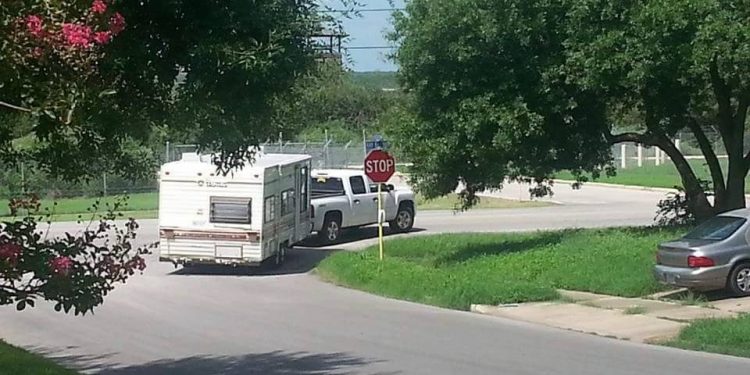 Photos by John and Julia Lucio

Ah, the family vacation! A sacred time for most of us…

These journeys consisting mainly of road trips, pitched tents and a few “are we there yet”, are memories our children will cherish forever, just like we cherish the ones from our own childhood.

One thing my family is particularly fond of is visiting Amusement Parks. For a few years now, we’ve been purchasing the Six Flags season pass and use it plenty at our local venue, but this year, I had a genius idea.  What better way to spend a vacation than to visit as many of these magical lands filled with terrifying mechanical monsters as we could? Tack on the extra value of the Gold Meal Pass, allowing every family member to eat lunch, dinner and a snack, not to mention all you can drink at any park at any time and you got yourself the vacation of the century. After all, it’s hard to say no to funnel cake? So off we went to visit  7 Amusement Parks,  6 Cities in 30 Days .

Our family doesn’t like to tent. We’ve tried it in the past and it didn’t go very well.  6 people in a crowded space, uncomfortably sleeping, fighting mosquitoes and flies is not a good experience, hence why we opted to purchase a small 22 feet trailer camper. Yes, that’s crowded too, but at least, it’s solid, it doesn’t leak and it has the modern conveniences of electricity and water. Not knowing if we’d like the experience, we didn’t want to invest in a newer model, so we opted for an older 1989 Terry Taurus that cost us $1200.

The following is the first of a three part series recollecting our 7 Amusement Parks,  6 Cities in 30 Days  adventures with the Troublesome Trailer.

It’s a brave new world. Not only technology is on our side, we also have various options, previously unknown or nonexistent, that can help greatly reduce the costs of camping.  GPS navigation is so advanced nowadays that you can easily find anything, anywhere.  And all you need is your phone.

We downloaded a few apps and used a few websites (see Reserve America) that were extremely helpful in finding the right place to stay at. One of those is called “RV Parks”.  This app will give you information not only on campgrounds, but also maps out the Walmart stores, truck stops and other venues where you are welcome to stay for the night, most of the time, free of charge.  Here is our evaluation of them all.  Bare in mind that our evaluation is based on one site only and are meant to give a broad idea of what to expect. It doesn’t necessarily reflect every sites in each category.

At first, I felt uneasy at the thought of sleeping in the parking lot of a Walmart, but the proximity of the many other RVers put my mind at ease rather quickly. Even though nobody talks to anyone, there is this feeling of belonging that truly reassures you: there is power in numbers. And the many security cameras and guards on site will make you feel safe. There is true convenience to having the store right there if you need something, however, you can easily be tempted by the many “deals” Walmart has to offer and end up spending your savings on other useless things. Be disciplined! One of the drawback to Walmart is that you never know what you will find parked there. Our first night, there was a reefer running all night. Thank God for earplugs! Not every Walmart offer overnight parking. If in the US, make sure to check on this list  before stopping or, better yet, ask the manager if it’s ok to park.

The great thing about State Parks is the fact that they offer clean facilities in a nice secluded natural setting, at an affordable price. The one we stayed at was directly on Lake Michigan.  Our site had electricity, water near by (no hook ups) and cost us $20 per night.  Unfortunately, we couldn’t  really swim because the beach was extremely rocky and hurt our feet.  Also, there were abandoned facilities in proximity that were somewhat of an eye sore and potentially a hazard.

In St.Louis, we stayed at the St. Louis West / Historic Route 66 KOA, short for Kampgrounds of America. These are definitely the Holiday Inn of campgrounds. The sites, which were a little too close to one another for my liking, offered a table and a fire ring as well as water and electric hookups, wifi, TV, laundromat, swimming pool, free coffee in the morning and freshly baked cookies on arrival.   These campgrounds are geared towards families and provide plenty for kids to do: movies at night, flashlight lollipop hunts, barrel train rides, bouncy house every morning, playground and more…   All these nice amenities come at a price. Sleeping at a KOA will run you approximately the same per night as a cheaper motel room, but it is definitely worth it.

Similar to walmart, but with the convenience of RV Dumps and sometimes even hookups. Again, especially with Travel Centers where you will definitely encounter truckers, you NEED earplugs.  Most travel stops offer showers for a fee ranging from $7 to $14.  You can gas, eat, find nifty traveling gadgets.  Many of the main travel plazas offer an app where you can see the amenities each store on your route offers.  This can greatly help with planning your stops.

as there is no set guideline as to what these parks may or may not look like. They can offer the quality or a KOA or simply be a place to camp in the wild.  The one we stayed at had nobody checking the premises and worked on the honour system. A box was sitting in lieu of park ranger and suggested a $10 deposit to use the land.

In Dallas, we stayed at a park owned by the Marine Corps of engineers. This park was in a beautiful setting, full of wildlife and untouched

nature. We saw eagles, raccoons and a lot of deer.  Campsites were private and far away from one another, giving extra privacy. Each site had a fire ring and table under a canopy. The facilities were clean, but older and really showed their age. They definitely could have used some paint.  Showers were half decent, if you don’t mind showering with the occasional frog and lizard, that is. Advertised was a sandy beach, however, because of the recent flooding Texas experienced, that beach was gone.  We did find a spot where to swim, but it was mucky and not really enjoyable. The cost of the site was $25 per night.

Late in the game, we discovered that in addition to Federally and State managed parks, there are also county managed facilities. In New Jersey, we stayed at the “Turkey Swamp Park”. This was a compromise as the State Parks provided no hookups and privately owned campgrounds were way too expensive.  This middle range nature site was $40 per night, electricity and water included, and was strategically located 17 minutes away from the Six Flags and 40 minutes away from the Seven Presidents Beach, to which we had free access when camping–a plus when wanting to visit the ocean as  beach access would  have been some $8 per person over 16. Of all the places we stayed at, this was our favorite. There were clean showers, laundromat, rv dump, plenty of nature trails, a beautiful lake, plenty for kids to do, but activities were geared more towards being educational.  For example, one night, kids were invited to roast marshmallows and got information on bats. Then, they got to set up a net to try to capture one.  Pretty awesome stuff, especially when you have boys.

Don’t miss part 2, next week, as we compare the Amusement parks and will tell you where we found the ultimate roller coaster.