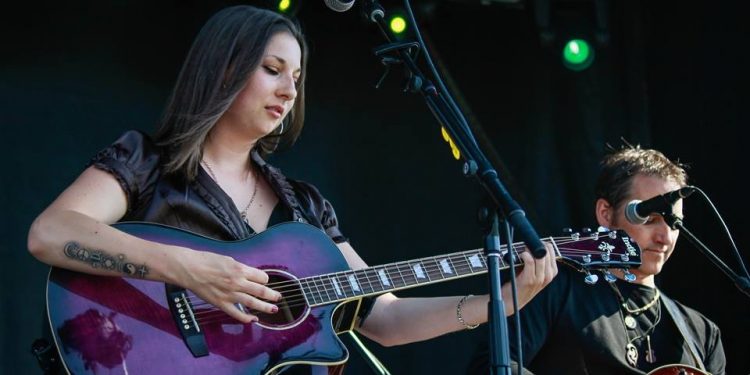 Ottawa Ontario – The University of Ottawa Men’s Hockey program is proud to announce that local recording artist Mandee Woods will sing the national anthem at the team’s home opener on Friday, October 7th.

Mandee Woods, an Ottawa musician now living in Cornwall, will sing the Canadian anthem prior to the Gee-Gees’ debut against the visiting UOIT Ridgebacks.

“I fit into a few genres of music,” explained Woods, who released a six-song EP titled Transformation in 2014. “I just write what comes out, and I appeal to a wide audience of different ages — to sum it all up: country, pop, folk, rock, contemporary.”

Woods spent three weeks at No. 1 on the Indie Cut Countdown with her single “How Do You Know” and was nominated for Cornwall’s Artist of the Year, but stresses that her success isn’t defined by awards and recognition.

“I’ve had lots of opportunities and have played some great shows and stages with some very successful musicians,” she said. “I’ve met so many great, humble people along the way — my rewards haven’t come in a statue yet, but my heart and soul is rewarded on a regular basis.”