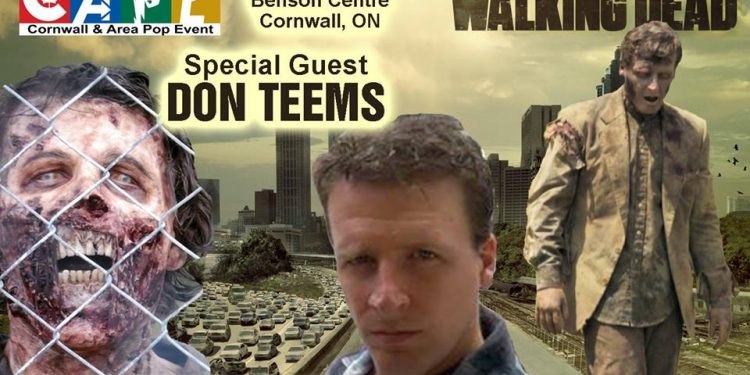 Cornwall Ontario – For the third consecutive year CAPE (the Cornwall & Area Pop Event) will feature at least one actor from the popular AMC series The Walking Dead.

Don Teems is an actor and DJ from Atlanta. Don Teems has worked on numerous projects and he is a regular member of the undead on AMC’s The Walking Dead portraying numerous walkers on Seasons 2, 3 and 4. Don Teems has also worked on The CW’s The Vampire Diaries and other various TV and movie projects including The Originals, The Following, Resurrection, Identity Thief, Flight, The Hunger Games: Catching Fire (Film), Halt and Catch Fire, Anchorman 2: The Legend Continues and Dumb And Dumber To.

Tickets are available online through the website or in person at Fantasy Realm (227 Pitt Street). The draw is to be held on September 30th at 5:00 pm.