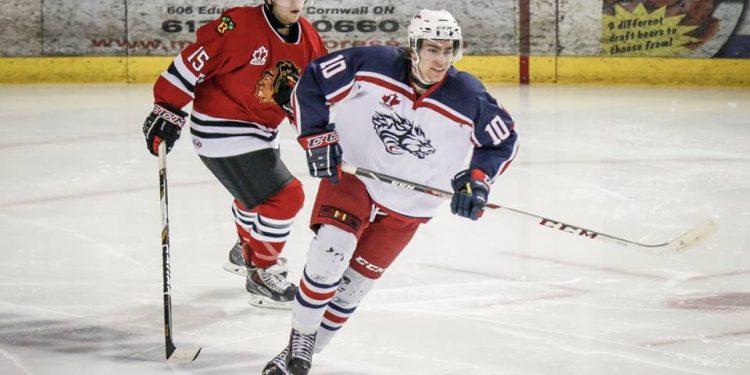 Cornwall Ontario – The Cornwall Colts earned four out of a possible six points in three CCHL regular season games this past week after winning two out of three.

After 4-2 and 4-3 wins in a home and home series with Smiths Falls, the Colts dropped a 5-2 decision to the league leading Canadians in Carleton Place on Sunday.

The Colts sit alone in 3rd place in the Robinson Division as well as the overall CCHL standings with a record of 7-4-0-1 (15 points).

Colts Captain Grant Cooper’s two goals vs the Canadians give him 10 on the season and the CCHL lead in that offensive category. Cooper is also tied for 3rd in points with 17. Colts forward Nick Lalonde is tied for the CCHL lead in scoring with 7 goals and 11 assists for 18 points.

Colts net minder Liam Lascelle is tied for 2nd in goaltending wins with 6. Lascelle’s .917 save percentage leaves him 3rd in that category while his 2.48 goals against average is 5th overall.

The Colts and Canadians will play the back end of their home and home series at the Ed Lumley Arena Thursday night. Game time is 7:30pm.