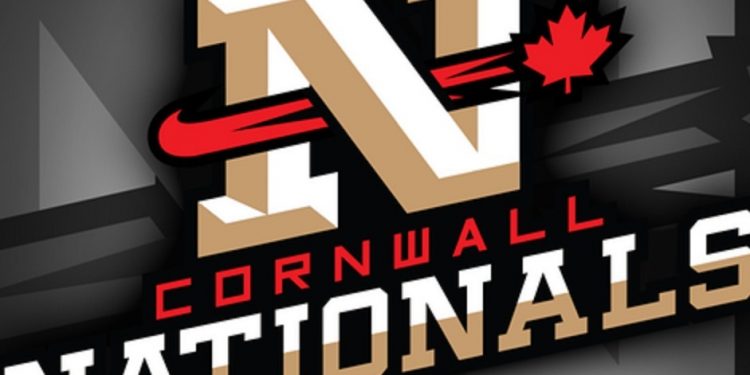 Prior to the contest at the Civic Complex, General Manager Mitch Gagne came to terms with the 31-year-old Dolgy, who is from Montreal.

Jason Dolgy has appeared in 24 career FHL games with the Vermont Wild and Brooklyn Aviators. In 24 games, he scored 13 goals and 21 assists for 34 points. Dolgy is an NCAA Division 3 graduate of SUNY-Brockport. He suited up in two games for the Cornwall River Kings in 2012-13 and also played for Trois-Rivieres of the LNAH.

Meanwhile, the Nationals have signed goaltender Brandon Billie, who wasn’t in action on Saturday night at the Civic Complex.

The 23-year-old from Ottawa played Division 2 hockey in Sweden last season. In 11 games with Nittorps IK, he posted a 2.73 goals against average with a .909 save percentage.

The Nationals are back in action on Saturday, Oct. 22, when they host Watertown in pre-season play at the Civic Complex. Cornwall’s inaugural FHL home opener is Sunday, Oct. 30 vs. Danville. The puck drops at 1 p.m.