Interview with the Balconies who play Ottawa on November 19th 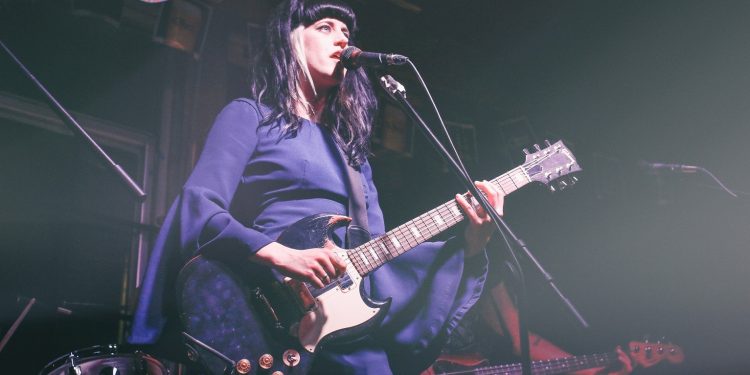 Ottawa Ontario – Three gifted and accomplished bands, The Balconies, CAIRO, and Mosely are playing a sold-out show at House of TARG on Saturday, November 19th, 2016.

The Balconies, who formed in 2007, are a duo pop/rock band, originally from Ottawa, but who now hail from Toronto Ontario. The band consists of Jacquie Neville (guitar/vocals) and Liam Jaeger (guitar/vocals) who met while attending the University of Ottawa in 2005. The city holds an important place in their hearts.

“Ottawa played an extremely important role in the band’s development. Because of the small music community, we were constantly surrounded by supportive and creative people who inspired us and pushed us. We’ve also feel fortunate to still feel the support from the University of Ottawa. Liam and I were both studying classical music and continued to cross paths at Perez Hall until they became fast friends and music partners. We moved to Toronto because we were spending so much time there and felt it was an important but difficult career decision. That being said, we still very much feel connected to Ottawa and the scene,” recounted vocalist and guitarist Jacquie Neville.

Writing music is a collaborative experience for The Balconies.

“We love writing collectively, however, songs usually begin when one of us comes to the band with either a riff, chord progression or melody. Liam is really good at multi-tracking and loves playing with guitar tones and creating different sounds. I often will come up with the melody and lyrics simultaneously. We love pulling inspiration from everything that surrounds us such as film, media and pop culture, photography, and dance,” Jacquie revealed.

The band started to get notoriety in 2011 with the release of their debut EP “Kill Count”. The album was produced by Jon Drew, who also produced music by Tokyo Police Club, F#cked Up, and the Arkells. The title song “Kill Count” received lots of radio air play. In 2014, The Balconies released their first full length album entitled “Fast Motions”. It was produced by Arnold Lanni, who has also produced music for bands like Finger Eleven, Simple Plan, and Our Lady Peace.

“Our two producer experiences were very different. Jon Drew is a wizard at keeping a band’s original sound true, while making it sound huge and exciting. Jon has great input on song writing and arrangements wherever ideas may be needed, but won’t go out of his way to change things that are already good. Arnold Lanni was very ‘hands on’ with the songwriting, and song re-writing – you can hear this if you listen to our some of our previously released songs (from Kill Count EP and our self titled album) that ended up being reworked on Fast Motions. Working with both producers gave us the experience we needed to know what we wanted on ‘Rhonda’. We took it upon ourselves to produce this record because after all the years of recording and touring, we knew exactly what we wanted to do, and how to do it,” started guitarist and vocalist Liam Jaeger.

The Balconies finished recording songs for their self-produced third album. This album, in part, explores the art of story telling.

“We are excited to announce that we completed our third album (titled) Rhonda. It is a self-produced album mixed and mastered by Jon Drew. The birth of Rhonda is based on the experiences and emotions provoked by life as an artist. Rhonda’s musical and thematic ingredients allude to a story of a fictionalized heroine. It is a story of struggle, hope and self-discovery; exploring an artists’ neurosis and what it means to be authentic in today’s highly saturated industry,” Jacquie proclaimed.

The Balconies, who have played some major music festivals, have also toured extensively across North America and throughout Europe. There are subtle differences playing in Europe, and Jacquie explains those nuances.

“Just being able to tour Europe is overwhelming and surreal. Being anywhere new will definitely alter your perception of things. Many of the venues in Europe are usually much older and architecturally speaking, stunning! As a performer, playing in a historical venue is so satisfying. But we feel because music is such an international language, the audiences we have been fortunate enough to play in front of respond to our music very similarly! We love it when people sing along, dance and get lost in the moment with us.”

The Balconies enjoy playing larger festivals, but the band also likes playing at more intimate venues like House of TARG in Ottawa.

“We definitely love both! Playing a big festival is exciting because there is so much happening and you will often get exposed to new audiences, but the downside is your set length is usually much shorter, and no sound-check. Most bands get on average a 30 minute set for festivals. This can be challenging for some bands. Over the years, we’ve learned it’s just best to play all the bangers at festivals! Short and sweet. We also love playing intimate small venues where we can really connect with our audience. There is something special about that connection and energy you feel,” says Jacquie.

The event is presented by Spectrasonic and punkottawa.com. Doors are at 9pm, the event is licenced, and it is sold-out. House of TARG is located at 1077 Bank Street in Ottawa Ontario.