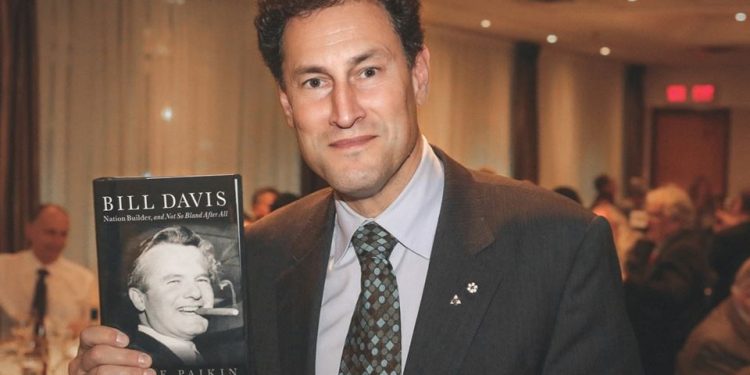 The Children’s Treatment Centre fundraiser was sold-out in advance of the event.

Steve Paikin is the host of TVO’s The Agenda, and he is also a National Post bestseller with his new book “Bill Davis: Nation Builder, and Not So Bland After All”.

In an interview before the event Steve Paikin said he choose Bill Davis as his subject because he was a key and important political figure when he was growing up in Ontario.

“I’ve been interested in Mr. Davis’ life story since covering his government in the early 1980s. When I grew up in the province of Ontario from the age of 10 until 24, Bill Davis was the Premier, so he was certainly a significant political figure in my growing up. I also thought nobody wrote a good book about Bill Davis. Certainly he didn’t cooperate with any author in the past to write his life story, so I wanted to do it. I pursued him for about ten years dropping a few gentle hints, and than a few strong hints about why I thought he should do it, and I’m glad he finally said yes,” Paikin explained.

Audience members had the opportunity to listen to the two speak, and to ask questions. Everyone in attendance left with a complimentary autograph copy of each author’s latest book.