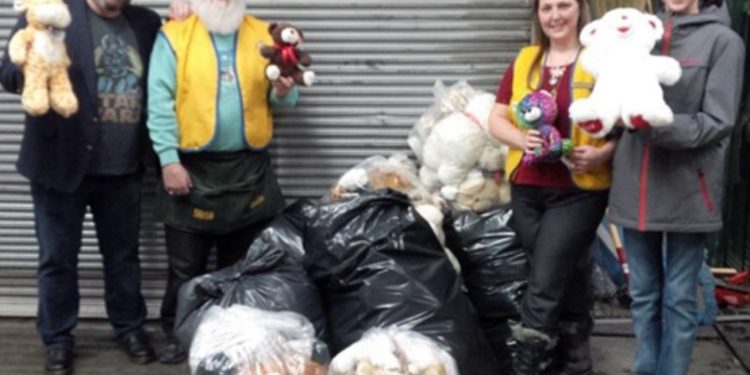 Cornwall Ontario – Grant Hebert had a goal and three assists to lead the Cumberland Grads to a 5-2 upset over the Colts on Teddy Bear Toss Night at the Ed Lumley Arena.

The Colts did open the scoring on Konnor MacCormick’s seventh goal of the season only 44 seconds into the game to cue the Teddy Bear Toss. Hundreds of teddy bears and other stuffed animals were collected (see attached photo) for the Cornwall Optimist Club’s Toy Drive.

Brennan Markell (5) also scored while Noah Konink picked up a pair of assists for the Colts.

The Grads outshot the Colts 36-34 with Matt Efros getting tagged with the loss in goal.

The Colts play the Braves in Brockville Friday night (7:30pm start time) before returning to the Ed Lumley Arena next Thursday night to host the Kemptville 73’s. Game is 7:30pm.