Grey Cup will be on display at Cornwall Nationals hockey game

by Editorial Board
in Sports
Reading Time: 1 min read
8 0 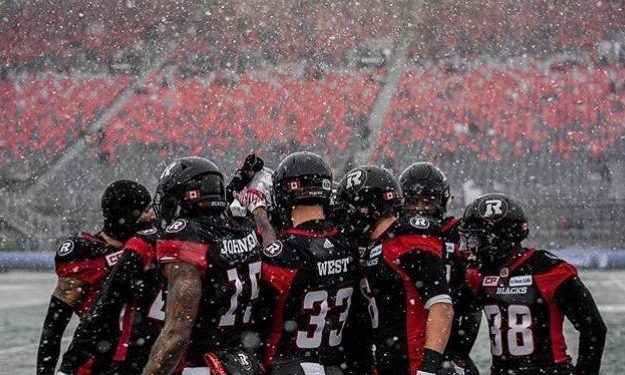 Cornwall Ontario – The Cornwall Nationals are thrilled to announce that Dan West of the Canadian Football League’s Ottawa REDBLACKS will be in attendance at a Nationals game in February – with the Grey Cup!

West, a 30-year-old defensive back from Cornwall, captured the Grey Cup with the REDBLACKS in November. A pre-game ceremony will take place prior to the Nationals game vs. the Danbury Titans on Saturday, Feb. 4.

Fans will have the opportunity to take pictures with West, the Grey Cup and other special guests. This special night will feature all kinds of exciting promotions and giveaways, which will be announced in the coming weeks.

The Nationals will also host an exclusive after party immediately following the game, where fans will get to further interact with West and the Grey Cup.

The Nationals will also take this opportunity to give back to the community. The FHL team will look to raise funds and awareness for five local charitable organizations via 50/50 draws, silent auctions and other fundraisers throughout the night.

Stay tuned for more information regarding promotions, overviews of each charitable organization, as well as special guests to be announced.