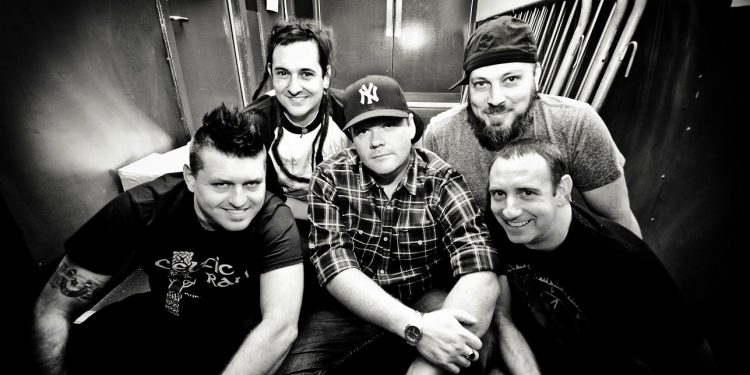 Gainesville Florida – Ska punk legends Less Than Jake are celebrating their twenty-fifth anniversary with a new recording and a tour.

The new record was recorded and produced by Roger Lima and mixed at The Blasting Room.

“We recorded with Roger Lima at Moat House Studios in Gainesville. Jason Livermore mixed it at the Blasting Room. We recorded these songs in about a week last September. It was quick and the songs came out great!” said singer Chris DeMakes.

“Releasing an album on a major label there is an endless line of credit that we will never pay back. The pros of being on an independent label although their is a limited line of credit but we don’t have to deal with (as many) idiots,” jeered Demakes.

If the new single is any indication, third wave ska fans and Less Than Jake fans are going to be in for a real treat.

The single “Things Change“, which is reminiscent of their early work, was released last week. The lyrics read: “the only thing constant is change” and a lot has changed over twenty-five years for Less Than Jake including their waste lines.

“As a band, we’ve collectively gained 167 pounds since we started 25 years ago. That’s been the biggest change. Oh, and we’ve gotten way better looking too,” stated DeMakes with a grin.

Over the years Less Than Jake songs like “History of a Boring Town”, “Johnny Quest Thinks We’re Sellouts”, “All My Best Friends Are Metalheads”, “Last One Out Of Liberty City”, “She’s Gonna Break Soon” and “Automatic” have become punk ska classics.

“History of a Boring Town” reached a respectable No. 39 on the Billboard Modern Rock Tracks.

“Yeah, it’s a great feeling”, admits DeMakes, however he is optimistic that the best is yet to come. “My favourite Less Than Jake song has yet to be written,” Demakes remarked optimistically.

Less Than Jake also worked with legendary musician Billy Bragg recording the song “The Brightest Bulb Has Burned Out”.

The song with Bragg appears on the album Anthem which debuted at #45 on the Billboard 200.

It was a remarkable experience for DeMakes and Less Than Jake to work with Billy Bragg on the song. They even enjoyed a drink with him after the recording.

“He bought us all pints after we finished recording, he’s a good man,” said DeMakes.

Last September Less Than Jake were back in the studio recording their new album “Sound the Alarm”. They started recording it after last year’s Warped Tour, a festival the band plans to play again next year. “We will be back in 2018,” disclosed DeMakes.

Less Than Jake enjoy playing a mix of shows at intimate venues and at larger festivals.

“We like playing intimate venues after playing a bunch of festivals in a row and vice versa,” said DeMakes.

Now Less Than Jake are on tour again. This time they are hitting the road with the band Pepper, and they will be promoting their new album “Sound the Alarm” which comes out in a few weeks.

“We have known the Pepper guys for years and knew this tour would be a fun thing to do. The best part is playing for the fans,” DeMakes concluded.

Fans can catch Less Than Jake live this winter on their co-headline U.S. tour with San Diego rock band Pepper, which startsedin Dallas, TX on January 20th and wraps in St. Petersburg, FL on February 28th. Tickets are on sale now. Canadian tour dates will be announced later this year.