Interview with Lisa Loeb live in Ottawa on February 18th 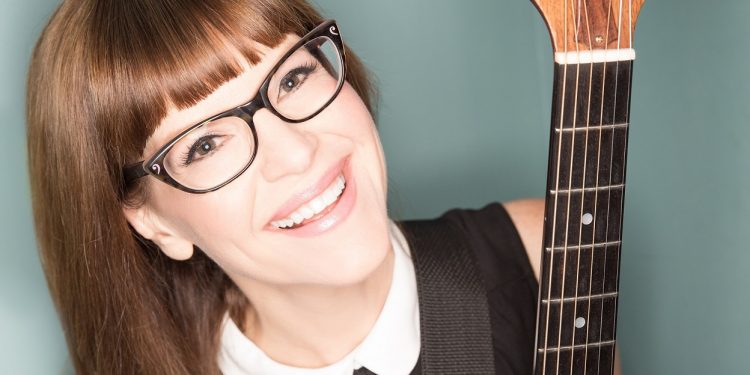 Ottawa Ontario – Lisa Loeb, instantly recognizable by her iconic cat-eyed glasses, is playing live at the Centrepointe Theatre in Ottawa on February 18th, 2017.

In 1994 Lisa Loeb took the music world by storm with her platinum-selling #1 hit song “Stay” from the movie Reality Bites. She received her first Grammy nomination for that song. Twenty-three years later that Grammy nomination means the same thing to Lisa Loeb as it first did in 1994.

“It mean’s the same thing to me now as it did then. I think it is the icing on the cake. It’s an acknowledgement and recognition from the music industry. It doesn’t necessarily decide whether you’ve written a good song or not or whether you’re good at your job or not – but it really represents a lot. When the public sees an album or a sticker on an album that mentions you’re Grammy nominated it automatically clues them in to the fact that there might be some quality there. I don’t know if that is always true with everybody, but I like having that association. I feel like, as a serious musician, that it is a nice label to have,” reflected Lisa Loeb.

She also received a Grammy nomination for her 1997 Gold selling album Firecracker.

In addition to music, Lisa Loeb has an impressive IMDB resume. She has appeared in movies like House on the Haunted Hill and Fright Night; television shows like The Nanny and Gossip Girl; and as a voice actor in cartoons like MTV’s Spiderman and The Rugrats Movie. She also has her music in the soundtracks of various movies like Twister and Legally Blonde.

In 2015 Lisa Loeb had a cameo in the movie Hot Tub Time Machine 2 as the ‘cat wrangler’, where the music video for her hit song “Stay” was re-created by actor and comedian Craig Robinson. It was a surreal experience for Loeb.

“Being on the set was so surreal. They literally had completely captured the space, the lighting. It was more humid (than in New York City) down in New Orleans. It was eerie. It was so strange being back in the exact same place. The feeling of being in the exact same place over twenty years ago. It was very strange. It was also hilarious because Craig (Robinson) was making up all these different lyrics and it’s always fun when people make up different lyrics to songs. That is how I got my start writing songs. I was writing different lyrics to songs when I would do summer camp,” said Lisa Loeb.

She has fond memories of summer camp where she first experienced the joys of performing songs for an audience.

“I went to Sleepaway Camp outside of Austin Texas and I really loved when the sun would go down. We’d finish eating dinner, we’d get showered up, and we’d go to torch light. It was every evening, and a different cabin was responsible for putting on a show. They did skits, it was kind of like Saturday Night Live. It was so fun to see what they’d come up with. Or be the people performing, and do skits, and we would make up different lyrics to songs, or write songs. It was just so much to do that. It wasn’t an art camp or a performance camp. It was a regular summer camp with sports and things like that. I just loved that time when it would become evening and we got to do those performances,” reminisced Lisa Loeb.

The singer-songwriter helps kids go to summer camp through the Camp Lisa Foundation. Loeb’s charity work was acknowledged by the American Camp Association of New England which named her a Camp Champions Honoree with a gala celebration at Fenway Park. The legendary baseball stadium was an appropriate venue considering that Lisa Loeb hit a home-run for her philanthropist work helping less fortunate children get the experience of a lifetime.

Lisa Loeb is also an entrepreneur and now others can see the world through her perspective and do it in style too! Lisa Loeb Eyewear is available at Costco and select optical shops across the United States.

In the 1990s glasses were often considered geeky or nerdy, today they are an important fashion accessory.

“I think glasses have always had this underground appeal. I think people think of them as kind of the Clark Kent effect. It’s covering up some other exciting part of your life. Even if that might not be true it always has that mysterious element to it. I think it’s funny that it has gone from being a mysterious thing to being a fashion statement and the geekier the better, the bigger the better,” said Lisa Loeb.

Now the entrepreneur, philanthropist, and musician is back with a new studio album titled “Feel What You Feel”. Loeb feels good about the new album which puts an emphasis on respecting others.

“I am really pleased we were able to make a record that sounds like a mixed tape or a variety show. The songs all stand on their own as songs, but if you listen to the lyrics they also have really positive messages. They are songs that encourage people of all ages that you can do things you set your mind too. It’s important to say hello and acknowledge other people and respect other people. I think right now in this time, especially in the United States, it’s important to put emphasis on respecting other people and doing the right thing,” said Lisa Loeb.

“Feel What You Feel” will be available to purchase in Canada at her shows.

“Canada was one of my biggest markets, I wish I could play there more often. I love playing there. Not to stereotype my fans but people there seem to be great there, very kind, and have a great sense of humour, and focus – all things I like from my audience. I’m looking forward to going back,” Lisa Loeb concluded.

Fans of Lisa Loeb will be able to enjoy an intimate performance on Saturday, February 18th at the Centrepointe Theatre. The venue is located at 101 Centrepointe Drive in Ottawa Ontario.

The show starts at 8pm, it’s all ages, and tickets are between $30 and $36 and are available online.