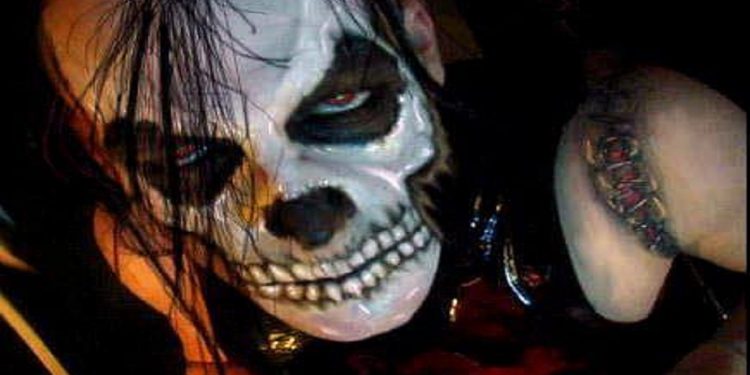 Ottawa Ontario – When punk fans were first introduced to Michale Graves twenty years ago, his face was caked in black and white make-up like a skeleton on Halloween. He had become the new lead singer of the legendary punk band the Misfits.

Michale Graves, who has enjoyed a successful music career after the Misfits, will play live on March 6th at the Brass Monkey in Ottawa.

In 2016 Michale Graves released his twelfth studio album “Bedlam” on Hydraulic Entertainment. The new album is an acoustic counter-part to his previous album “When Worlds Collide” which was recorded with a full band. “Bedlam”, the name of the new album, was from a song title off the previous album.

“Mark Allen Stuart, CEO of our company Hydraulic Entertainment is my creative collaborator. He developed the name and the concept for the full band album “When Worlds Collide”. The “Bedlam” was the name of one of the songs from that album so when we decided to do an acoustic version of “When Worlds Collide” – we picked the song “Bedlam” and the CD title,” said Michale Graves.

Graves identified a few of his favourite songs off the new album “Bedlam”.

“I really enjoy “Old Dark House”, “3 Day til Dawn” and “Things to Come”. Those are my favourites,” Michale Graves reflected.

Crowdfunding has become an important tool used by musicians to raise capital to help fund and create new projects. Michale Graves has used Kickstarter successfully for albums like “Vagabond” and “Nightmares”.

“We love using the Kickstarter crowd funding platform. The main reason is that is allows us to connect directly with our fans and that is the most important thing for us,” explained Michale Graves.

Graves, who grew up in Dumont, New Jersey, kick started his music career at the age of 19. The gifted singer and songwriter flew where eagles dare by fronting the legendary punk band the Misfits.

The Misfits were raised from the proverbial dead in 1995 with Michale Graves as their lead singer.

Michale Graves was the vocalist on the Misfits albums American Psycho (1997) and Famous Monsters (1999). He also wrote some of the best Misfits songs of that era like “Dig Up Her Bones”, “American Psycho“, “Scream”, and “Saturday Night”.

He also appeared on the Misfits live album Evillive II singing some of the new songs he wrote along with resurrecting Misfits classics like “Where Eagles Dare” and “Die Die My Darling”.

After the Misfits, Michale Graves played with Dr. Chud in the Lost Boys. He was also in the band Gotham Road.

In 2005 he started his solo career releasing the iconic album “Punk Rock is Dead”.

Michale Graves also worked with legendary punk drummer Marky Ramone of The Ramones, touring and recording songs together. They played the Rock in Rio festival in 2013.

Now Michale Graves is returning to the Nation’s capital for another gig here. The last time Graves was in Ottawa a giant sinkhole appeared in the downtown core. He jokes that he was blamed for it.

“I heard about it. I was blamed for it… but I never saw it,” said Michale Graves.

Graves is looking forward to returning to Ottawa and Canada.

“Our Canadian fans are the best! It’s so interactive at the shows. We can’t wait to talk to and play for you guys. It will be awesome,” concluded Michale Graves.

Doors open at 7pm on Monday, March 6th for the Michale Graves concert. Tickets are on sale at The Brass Monkey & Long & McQuade in Ottawa South. Tickets will be available soon on the website Ticket Zone.

Opening bands will be announced soon, including the winner of the “Heavy as F#ck” competition who will be added to the bill.

Interview with Laura Jane Grace from Against Me! playing Ottawa on March 24th