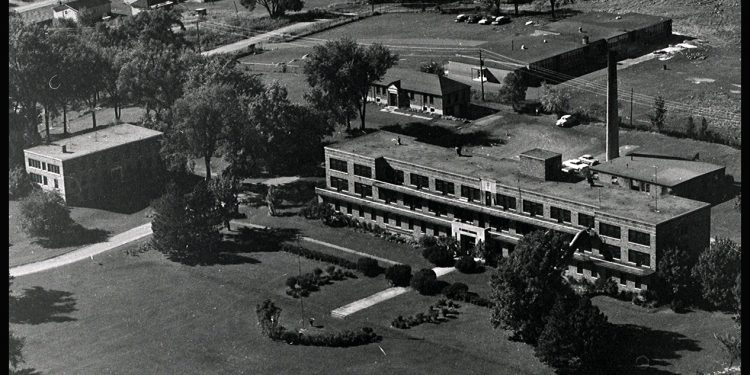 Cornwall Ontario – Your weekly dose of Local History! In the 1930s and 40s, Tuberculosis, caused by a bacterial infection of Mycobacterium tuberculosis, was easily spread through the air by coughing/sneezing and typically caused such symptoms as fever, night sweats, chills, fatigue, loss of appetite, weight loss, chest pain and coughing up of blood.

Commonly the condition was dealt with by quarantining the victims in hospitals known as sanitoriums. Victims were isolated from their non-symptomatic families to minimize contagion and treatment frequently included rest in the open air, often year round, which explains why large or numerous porches were common in such facilities. Ultraviolet light exposure was also deemed standard treatment. Often farm animals were raised on-site as a ready source of protein, believed vital in the restoration of healthy immunity. Treatment was generally for months or years until the patient was declared healthy or deceased.

The tender for construction of SD&G’s 100 bed sanitorium in Glen Walter was awarded on October 29, 1936, with the sod turning taking place on November 4 of the same year. Mayor Aaron Horovitz laid the cornerstone on January 7, 1937 and the facility was officially opened on September 15, 1937, with the first patients being received on October 4.

The adjacent nurses’ residence was opened in early 1938, the tender having been awarded in July of the previous year. Nurses had their own dining room and other amenities. Photos courtesy SD&G Historical Society
As the TB outbreak became controlled, beds became available for other use. By 1955, overcrowding at the Cornwall General Hospital resulted in the top floor of the St. Lawrence Sanitorium being annexed to the hospital. In 1964 the annex moved from the third to the second floor. Ultimately “the San” closed and today is home to an Islamic Institute.

If so, please consider registering for the second of my three-session courses through Encore Seniors, resuming March 6 from 9:30-11:30 a.m. Click here. Also, considering taking in the annual Heritage Fair at Cornwall Square this Friday and Saturday? Ian Bowering and Lor Pelton have just received from their publisher copies of their new book, containing narrative and many great photos of riverfront communities and river life, including the Lost Villages. Copies will be available at the Fair.