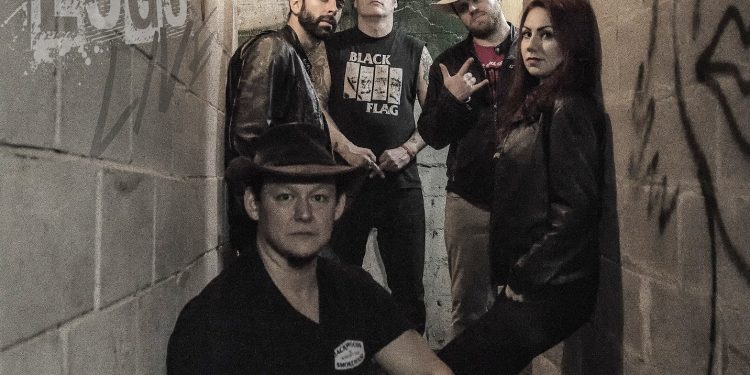 Toronto Ontario – Al Nolan from the legendary Toronto punk rock An Almighty Trigger Happy, has stepped in for Ben Rispin as the character of “Joe Dick” in the upcoming Hard Core Logo: Live which premiered in Toronto earlier this month to rave reviews.

Hard Core Logo: Live is described as “the story of defunct Vancouver punk band, Hard Core Logo, reuniting to hit the road for one last glorious tour across Canada. As buried conflicts from the band’s glory days resurface, the audience is whisked along through cramped back rooms, malodorous dive bars, and dingy roadside rest stops right to the shocking finale of their larger-than-life story”.

In the 1996 mockumentary “Hard Core Logo” legendary indie film director Bruce McDonald follows the Vancouver punk band on their reunion tour. The movie, which is based off the screenplay written by Noel S. Baker and based off the Michael Turner novel, will now become a play.

Al Nolan’s was in his 20’s the first he saw the original 1996 film Hard Core Logo. He recalls finding the film unrealistic at the time.

“I was in my mid twenties, my piss and vinegar stage. Bruce McDonald is a great film maker but at the time I found it unrealistic, and didn’t like it. A band reuniting would just stop getting my band where it needed to go. Ironically I am currently doing what Joe Dick was doing,” said Al Nolan with a smile.

Will Al Nolan try to emulate Hugh Dillon’s portrayal of Joe Dick, or will he try to re-invent and re-create the role in his own way? Just like the Sid Vicious cover ‘My Way’, he will do it his way”.

“I’m doing it my way, bringing some Toronto to the role,” Al Nolan stated.

Joe “Shithead” Keithley, who had a cameo in the original film, wrote new songs for the Live Theatre production. According to Al Nolan, it’s an honour that Joe Keithley contributed new songs to the live production. He also reminisces how his band had toured with Keithley’s band DOA.

“I’m from Toronto, we never had much direct influence from the west coast scene, but toured with DOA. Having Joe Keithley put in his two cents is an honour,” Al Nolan disclosed.

Al Nolan who use to host HeatMetre on Much More Music has some experience in front of the camera and performing in front of audiences.

“Acting experience? Does hosting HeatMetre on Much More Music Count? Ben Rispin called me to see if I would be interested after he had a big opportunity come up that would not allow him to continue the role. Fortunately, Ron Jenkins (director), Jeremy Knowles (musical director), and Seth Drabinsky (assistant director), had seen me in An Almighty Trigger Happy at Burly Calling and thought I would be good for it. Shit luck I guess,” Al Nolan reflected.

“The cast and crew are great and kicking my ass. Everyone helps each other and works together until we get it right. It’s f-cking awesome,” said Al Nolan. “Hard Core Logo: Live is like being on tour, with out going anywhere. It even smells like it,” Al Nolan added.

The BFL Theatre Company presents “Hard Core Logo: Live” in Toronto from March 9th to the 26th, at The Cave above Lee’s Palace.

Performing at the Cave is second nature to Al Nolan, and as a Toronto musician it’s like being home.

“I’ve played these venues and cites a thousand time, it’s like being at home,” Al Nolan concluded.

The Cave above Lee’s Palace is located at 529 Bloor St West in Toronto. Tickets and additional show information are available online. The photo of the cast published above was taken by Jason Bolduc.