Interview with This Hour Has 22 Minutes correspondent Abdul Butt 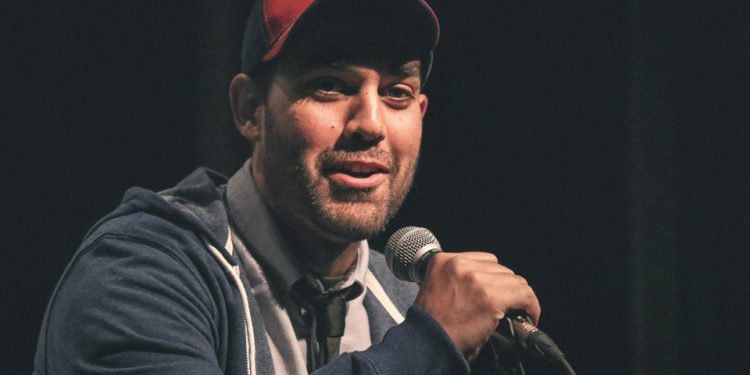 Cornwall Ontario – Montreal born comedian Abdul Butt, who is best known as a former news correspondent on CBC’s This Hour Has 22 Minutes, is one of the headliners at the upcoming Cornwall Comedy Festival that takes place from May 4th to May 7th.

Being a former news correspondent, what are your thoughts on Donald Trump refusing to attend the White House Correspondent dinner and who is now holding a rally the same night instead?

“It’s genius! His audience is gonna hate the correspondent dinner. (For the rally) He’s just giving them more of what they love. Him!”, Abdul Butt explained.

This Hour Has 22 Minutes, which celebrates 25 years this fall, publicizes that it was “fake news before it was cool” on it’s Facebook page. The term fake news became vogue thanks to the President of the United States.

“I think we could all agree many news outlets aren’t real. Their goal is to have high ratings and the truth isn’t always that interesting”, Abdul Butt stated.

Comedians like Stephen Colbert have been roasting Trump nightly since his inauguration. Are comedians are better equipped to criticize and make strong editorial comments about Donald Trump versus traditional journalists?

“Anyone over the age of 5 is equipped to criticize Trump”, Abdul Butt responded.

In his salad days comedian Abdul Butt began improvising interviews on the street, similar to the Rick Mercer segments on This Hour Has 22 Minutes. How much of an influence was Rick Mercer to your comedy career?

“Mercer was definitely an influence. I always loved watching him stick it to politicians while having fun,” noted Abdul Butt who also cited his mother as an influence growing up because of her ability to strike up funny conversations.

Like Rick Mercer, a CBC personality who was also on This Hour Has 22 Minutes, Abdul Butt mastered a provocative and guerrilla interview style. Two ambushes in particular gave Abdul Butt fame and notoriety.

First, Abdul Butt ambushed Bill Cosby after sexual assault allegations became known, and made him laugh at an inappropriate joke. See the Youtube video here. He also ambushed Quebec Premier Pauline Marois to present her with a “Certificate of Intolerance.” See the Youtube video here. Marios was later quoted as saying, “He’s crazy”, replying to Abdul Butt’s stunt in the National Post.

“That was Marois (who said “he’s crazy”). Classic! Getting close to them is a thrill. You can either get a joke out – or get tackled and hauled to jail within seconds. Cosby was a strange one. It was definitely an edgy thing to do and it surprised me that he laughed. It was all over the internet in the days following because someone at CBC News shared it as if it were news and not a comedy clip for 22 Minutes. I think that blew it out of context and sparked a lot of complaints from their loyal tax payers. I guess it goes back to my other comment about the news and ratings. They definitely got high ratings with that ambush”, said Abdul Butt with a laugh.

What do those accomplishments mean to you?

“I was nominated for those as a writer for This Hour Has 22 Minutes. So to be nominated along with some of the countries best writers, while we were all working on the countries longest running comedy show. It almost meant a lot. But we didn’t win. So it doesn’t mean anything”, Abdul Butt rebutted.

In addition to This Hour Has 22 Minutes, Abdul Butt also participated in The Debaters, a comedy show hosted by Steve Patterson on CBC Radio One.

What is your fondest memory with your involvement on CBC’s The Debaters?

“They always book my travel with Via Rail in Business Class. I like that. The people that make the show happen are a treat to work with also”, replied Abdul Butt.A

Abdul Butt was also hand-picked at the Just For Laughs Festival by Kevin Hart for his new “Laugh Out Loud” network in collaboration with Lionsgate Films. It was an awesome experience for him.

“It was pretty awesome. He took the time to hear me out. I’ll always respect that. So far I’ve optioned the idea to him and Lionsgate so we’re waiting to see if he offers anything else. These things can take awhile so I’m in no rush. I’ve got plenty of things to work on in the meantime. Although I heard Kevin Hart has his own line of Nike sneakers. So if he wants to go any further I’m gonna need to negotiate a pair of kicks into this deal”, Abdul Butt said.

In addition to being on television, Abdul Butt still has a passion for stand-up comedy, and he likes the freedom of directly communicating with his audience.

“The freedom to share your jokes directly with the audience in front of you. No director changes it, no show runner cuts out your best joke. It’s just you and the beautiful group of people who came out to laugh. It’s real and honest”, Abdul Butt responded.

“What would you like to tell comedy fans in Cornwall about your stand-up show, especially those who might be seeing your stand-up for their first time?

“I’d like to tell them to come out. It’s Cornwall. What else are you going to do?”, says Abdul Butt.

The weekend opens on Thursday, May 4th at The Atlantic Pub & Eatery in Alexandria. Following this is the Gala event on Friday, May 5th at Aultsville Theatre. There will also be shows at Jack’s Pub in Williamstown and NAV Centre in Cornwall – both on Saturday, May 6th. The Cornwall Comedy Festival will finish the weekend with A Fundraiser For Martintown Park at the Martintown Community Centre on Sunday, May 7th.

For info on tickets, times, and line-ups, visit the Cornwall Comedy Festival website.

Agree to disagree : Me? At risk for heart disease?