by Editorial Board
in Columns, Events, News and Announcements
Reading Time: 1 min read
28 1 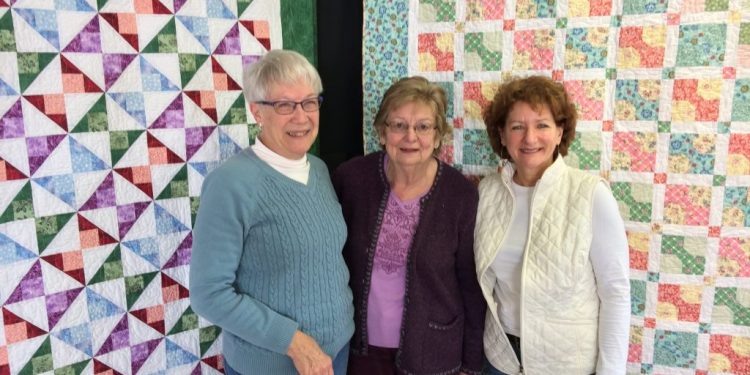 Cornwall Ontario – Hundreds of quilters from all over eastern Ontario and western Quebec will meet in Cornwall next month to help celebrate Canada’s 150th birthday in style.

The Cornwall Quilters Guild is hosting the first 2017 show in this part of the province that will display its own Canada 150 Quilt, as well as other commemorative works, to mark our country’s sesquicentennial.

“At a 2016 Interguild meeting for Eastern Ontario guilds, it was decided that each guild would create a quilt commemorating our celebratory year,” said Diane Cooper of the Cornwall guild. “Enthusiasm was strong in Cornwall Quilters guild which resulted in the creation of a vintage style Crazy Quilt as well as the Canada 150 quilt.”
From Cornwall the local collection will travel to numerous guild shows being held in Eastern Ontario as part of a group of commemorative Canada 150 quilts. In addition to this sesquicentennial display, approximately 20 heritage quilts will be loaned by the Cornwall Historical Society for display at the Quilts on the Seaway 2017 show.