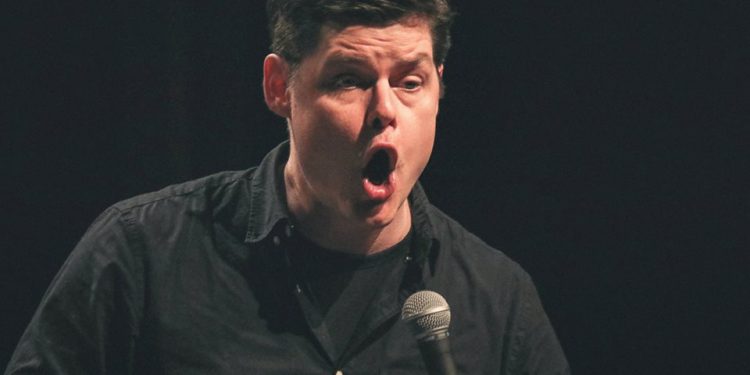 Cornwall Ontario – Edmonton Alberta comedian Rob Pue, who is best known for his role on the MTV show Punk’d with Ashton Kutcher, is one of the headliners at the Cornwall Comedy Festival that takes place from May 4th to May 7th.

Shortly after being cast for the MTV show Punk’d, Rob Pue got to his first prank in 2004. The celebrity victim was “I Know What You Did Last Summer” and “Party of Five” actress Jennifer Love Hewitt. It was a nerve-racking debut for Rob Pue, but he rose to the occasion.

“She was our first Punk’d, so I was pretty nervous, she’s gorgeous you know. Imagine asking a girl to dance the first time at a junior high dance. That’s about how nervous I was. It was pretty awesome, we made her cry. I would say the Jennifer Love Hewitt Punk’d was a stand out for me. She was great at the end of all of it. It was super fun. We ended up having our end of the year party at her parents pizza place in Los Angeles. It was pretty cool, so it stands out as the best Punk’d for me. Also, the cast and everyone was terrific. Everyone who asks how Aston Kutcher was, he was pretty awesome too,” Rob Pue reminisced.

The success Rob Pue had on Punk’d helped launch his comedic career, and in 2007 he got his first one hour comedy special on CTV’s “Comedy Now!”. What did that experience mean 10 years ago and what does it mean for you today?

“Back then it meant I finally had an hour out on TV, and now it’s a good credit to have when getting on TV. You want a good representation of yourself out there. Anytime you can get your face out there, it’s a good thing”, Rob Pue replied.

In addition to CTV’s Comedy Now, Rob Pue was also on CBC’s The Debaters with Steve Patterson.

“It’s a great show, it’s on every Saturday on CBC, so you reach a national audience. I liked being on there with Bruce Clark from Winnipeg, it was my first time on The Debaters, and the most fun. His mom yelled out and heckled as a plant in the crowd. She ended up winning me the whole debate. It was about whether or not we should solve disputes by fighting, and I was pro fight, and apparently so was Bruce’s mom,” Rob Pue stated.

“We taped in New York in front of 1200 people, it was pretty surreal. They were hanging on every word and every syllable. It’s definately a highlight. Meeting Jamie Kennedy was pretty cool. He was doing the other prank show at the same time I was doing Punk’d, and we had a chat about that and what it was like to work in that industry,” said Rob Pue.

What is the difference between a television audience versus performing stand-up at a club?

“With a TV audience you can probably say less than what you can say in front of a live audience. It can be more difficult on TV portraying clean thoughts and being nice and concise and working with a time restraint,” Rob Pue reflected.

Rob Pue is living his dream. He wanted to be a comedian since he was 13 years old.

Who were your biggest comedic influences growing up?

Rob Pue, who won the 28th San Francisco International Comedy Competition, has several performance coming up at the Cornwall Comedy Festival. His message to fans? Have fun!

“Lets try to have as much fun as possible. I’m looking forward to it,” Rob Pue concluded.

The weekend opens on Thursday, May 4th at The Atlantic Pub & Eatery in Alexandria. Following this is the Gala event on Friday, May 5th at Aultsville Theatre. There will also be shows at Jack’s Pub in Williamstown and NAV Centre in Cornwall – both on Saturday, May 6th. The Cornwall Comedy Festival will finish the weekend with A Fundraiser For Martintown Park at the Martintown Community Centre on Sunday, May 7th.

For info on tickets, times, and line-ups, visit the Cornwall Comedy Festival website.