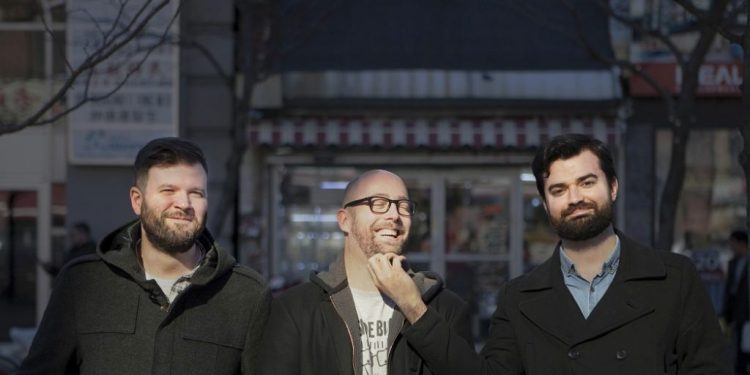 The trio enlisted an ace team of artists for the release, a follow-up to last year’s critically acclaimed Perfectly Competent. Engineer John Dinsmore (PUP, The Strumbellas) recorded the tracks at Lincoln County Social Club in Toronto, and Olive t’Servrancx-Bierman (Skip the Use’s Matt Bastard) of Electrik Box Studio mixed them in France. Artist Harley Haskett conceived & photographed a cover that ties the record’s themes together.

The result is a powerful EP that blends the borders between punk and indie rock with infectious melodies and buzzsaw guitars. The title track refers to the occasional (mis)adventures that come with navigating Toronto’s music scene, while the satirical “I Hate Men (I Hate All Men)” skewers male entitlement.

“Not Here To Make Friends” will be available on CD and on all major streaming platforms on May 19th via Diskrete Music. Talk Show Host will also be playing songs from the EP on May 19 when they open for Direct Hit at the Bovine Sex Club in Toronto.

This is the third EP from Talk Show Host. Their 2016 release, Perfectly Competent, earned a 7/10 review from Exclaim! magazine and drew comparisons to Green Day, Against Me! And Bob Mould. They’ll be touring Europe from May 23rd to June 4th.