Quilt of Belonging at Ottawa City Hall for Canada 150 celebrations 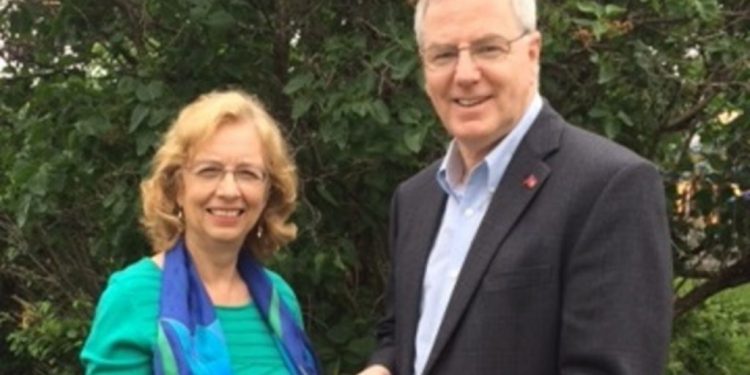 Ottawa Ontario – What an honour for Quilt of Belonging and our community! The theme for Canada 150 is “Canada welcomes the world” and the City of Ottawa has chosen to exhibit Quilt of Belonging as part of the celebrations. It will be displayed at Ottawa City Hall where it will be open to the public every day including Canada Day, from June 23 to July 5. Admission is free. Large numbers of visitors are expected as Ottawa City Hall is located in the heart of our capital and will be playing a major role in the Canada 150 festivities.

Quilt of Belonging is excited to have this opportunity to showcase what has been called “Canada’s largest and most comprehensive work of art- a national symbol of our nation”. It is a tribute to the people of this region, for the Quilt began here. It was the hard work, persistence and support of people, agencies and corporations across our United Counties that made this amazing project a reality. The theme of the Quilt is “A Place for All” and every world nation and all Canada’s Inuit, Métis and First Nations were contacted and included―263 cultural entities in all. Little did we realize the incredible journey that was yet to come for the finished Quilt of Belonging.

The Quilt has travelled the equivalent of 7 times around the equator since its opening at the Canadian Museum of Civilization in 2005 from Newfoundland to Yellowknife, from a trip across the Arctic to Texas. It was featured at the 2010 Olympics in Vancouver, the G20 Summit in Toronto, the UNESCO conference in Quebec City and the world Commonwealth conference in Putrajaya, Malaysia.

Quilt of Belonging has been included in school textbooks throughout Canada as educators have found it an effective tool for reaching youth with the messages of inclusion, acceptance, diversity, respect and belonging. Our Quilt of Belonging companion book is in its fifth printing, the latest printing a special edition for Canada 150 that arrived locally a few days ago.

“Quilt of Belonging brings us a message of unity and equality as Canadians,” said Jim McDonell, MPP for Stormont-Dundas-South Glengarry. “It isn’t just an object of incredible beauty and the fruit of communities’ effort from across the country – it is a living testimony to the spirit that binds our country and our communities together.” It is the ‘perfect fit’ indeed to mark Canada’s birthday.