The Book Nook: Review of Spaceman of Bohemia by Jaroslav Kalfař 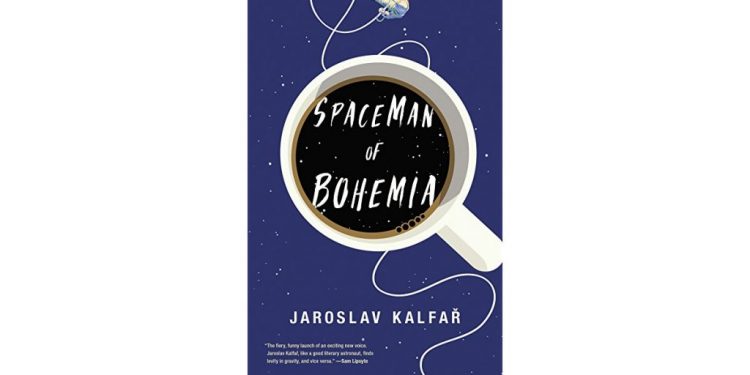 Sometimes humans must travel to the farthest reaches of the universe in order to truly understand ourselves. Many writers and filmmakers are offering fictional responses to real-life advances in space exploration such as Elon Musk’s Space X company and Bas Lansdorp’s Mars One program. Jaroslav Kalfař’s Spaceman of Bohemia fits into this trend, including Andy Weir’s The Martian and National Geographic’s miniseries Mars, while delving further into fantasy and philosophy.

Kalfař’s debut novel is a stunning and evocative mix of a personal narrative inspired by Kalfař’s childhood in the Czech Republic, a look at a nation striving for identity and world recognition, and an exploration of the universal questions that all humans must grapple with. The year is 2018, and Jakub Procházka is chosen to become the Czech Republic’s first astronaut and sent alone on a dangerous mission to Venus, but is looking for both personal self-actualization and a new national identity: “It is not only our science and technology travelling through this vacuum; it is our humanity, in the form of Jakub Procházka, the first spaceman of Bohemia, who will carry the soul of the republic to the stars.” However, as Jakub drifts farther away from his country’s lofty ideals and the personal connections at home that ground him, he comes across another lonely being in deep space: a giant, anthropomorphic alien spider he names Hanuš. While both Jakub and the reader are unsure whether Hanuš is a real alien creature or just a figment of Jakub’s imagination, their dialogue about the grandest and minutest elements of being human, from the fear of death to the deliciousness of Nutella, is the heart and mind of the novel.

Jakub’s distance from Earth might cause one to see the futility and brevity of humanity, but the opposite proves true. From the vast cosmos to “the atoms composing air and planets and buildings and bodies, puttering around and holding up an entire dynasty of life and anti-life. Futility nowhere to be found.” Indeed, the same could be said of Kalfař’s novel.

Spaceman of Bohemia (released March 7, 2017) is available at The Cornwall Public Library and online.

Interview with Against Me! drummer Atom Willard - Oct 7th in Montreal