Interview with Against Me! drummer Atom Willard – Oct 7th in Montreal 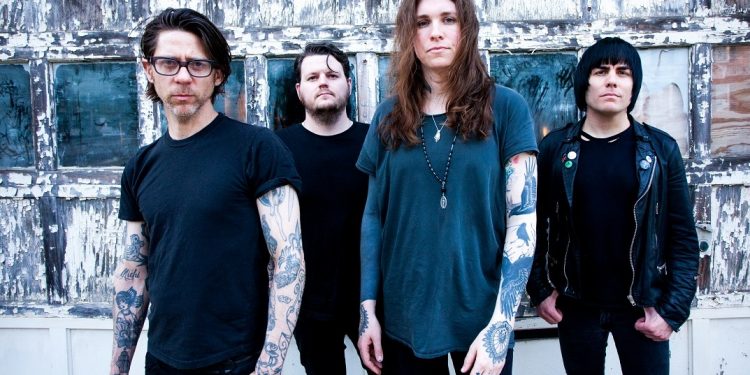 Montreal Quebec – Against Me! return to Montreal on October 7th to play the Corona Theatre. The last time Against Me! played Montreal was earlier this year on the Revolution Radio Tour with Green Day.

“Touring with Green Day was awesome, their audience is great so we had a good time on stage and off,” said Against Me! drummer Atom Willard.

Atom Willard, who joined Against Me! in 2013, has drummed on their last three albums including “Shape Shift With Me” that charted at #80 on the Billboard Top 200 in 2016. Against Me! had worked with Marc Jacob Hudson at Rancho Recordo to record that album.

“Marc is and incredible engineer and a top shelf human, it was fantastic,” Atom Willard stated.

According to Atom Willard, his favourite song to play off the latest Against Me! album is “Boyfriend”.

“I really enjoy playing “Boyfriend”. It’s kind of a Nirvana/Weezer thing that I do and it’s way fun,” Atom Willard noted.

Against Me! are already working on new material, but there is no indication of when a new album will be released.

Atom Willard has also drummed with The Offspring, Social Distortion, Alkaline Trio, Rocket from the Crypt, Danko Jones, The Special Goodness (with Patrick Wilson of Weezer), and Angels & Airwaves (with Tom DeLonge of Blink 182). He’s been drumming since he was four years old.

“It was Christmas morning, 1977, I was 4 years old, and coming down the hallway when I saw a weirdly shaped lump in the corner. It was in fact my very first drum set. Straight out of the Sears catalogue. I had been ruining all the pots and pans with the occasional coffee can thrown in for long enough and they just went for the real thing. Not sure if I actually made a conscious decision to start, it just happened,” Atom Willard recalled.

In 1990, Atom Willard had the opportunity to jam with Rocket from the Crypt. He became their drummer, and over ten years he recorded six studio albums and toured the world with them.

“I had been playing in another band in San Diego when Rocket from the Crypt asked if I would come jam with them. I guess that first one was an audition. Not totally sure even now. Being with them and traveling all over the world was an incredible thing, like playing Japan at 20 years old. It was killer,” Atom Willard recounted.

In 2000, Atom Willard departed from Rocket from the Crypt. He filled in as the touring drummer for Alkaline Trio. Soon after that, he was working on the Special Goodness project with Patrick Wilson of Weezer, and he would become Weezer’s drum technician.

“I was actually working with Weezer because of the Special Goodness project. Pat and I thought we would write a record while on tour and record it when we got back. Of course I became friends with everyone so the Weezer and Angles & Airwaves tour came together pretty easily,” Atom Willard pointed out.

In 2003, Atom Willard became the official drummer of The Offspring. In 2005, the band released their Greatest Hits compilation, and it featured two new songs. Atom Willard recorded “Next To You” with The Offspring, and he appeared in the music video for their single “Can’t Repeat”. The Offspring were a huge part of Atom Willard’s daily life growing up in Southern California.

“Growing up in Southern California The Offspring are just a part of daily life. They were everywhere,” Atom Willard said.

He has many fond memories drumming with The Offspring.

“I always liked playing “Self Esteem” and playing the Redding Festival in 2004 was pretty great. There were some really huge festivals in France too, but going to Africa with them was probably the most memorable,” Atom Willard reminisced.

When The Offspring were on hiatus, Atom Willard joined all-star punk band Angels & Airwaves with Tom DeLonge of Blink 182, David Kennedy of Box Car Racer, and Ryan Sinn of The Distillers.

What can fans expect on the upcoming Against Me! tour with Bleached and The Dirty Nil?

“Well we don’t have any really different props or anything, seeing as the inflatable Donald Trump heads that we were going to pour pigs blood over got hung up in customs (they were made in China),” Atom Willard said with a chuckle.

Against Me! are looking forward to their return to Montreal.

“I can’t wait to see you all again, let’s make an unforgettable night and have a sweaty good time together, so come on,” Atom Willard concluded.

Against Me! play The Corona Theatre in Montreal on Saturday, October 7th, 2017. Doors are at 8pm and tickets are $36. Tickets can be purchased online.