Cornwall, September 27, 2017 – Today, the Cornwall Chamber of Commerce, in partnership with the Ontario Chamber of Commerce (OCC) and the Keep Ontario Working (KOW) Coalition, released two major reports that broadly capture the challenges associated with Bill 148 and the concerns of the employer community. The first report is the final economic impact analysis of Bill 148 by the Canadian Centre for Economic Analysis’ (CANCEA), which was peer-reviewed by Professor Morley Gunderson of the University of Toronto.

CANCEA’s analysis reveals that if Government were to do nothing other than implement the minimum wage increase over five years instead of in the next 15 months, jobs at risk would decrease by 74 per cent in the first two years.  The analysis also indicates that while the proposed changes will see $11 billion in wage stimulus flow into the economy in the next two years, a remaining $12 billion problem exists which will lead to jobs lost, added costs, and general damage to the Ontario economy.

“Today’s final report by CANCEA is clear, while the Government is correct to say that there will be a stimulus from Bill 148, it does not cover the $23 billion cost challenge for business in the first two years – a substantial amount that poses great risk to our economy and cannot be resolved through offsets alone,” said Karl Baldauf, Vice President of Policy and Government Relations at the Ontario Chamber of Commerce. “More must be done. The Ontario Government must resolve the economic challenges presented in Bill 148 through a combination of slowing down the implementation period, amending the legislation, and offsets. Business and Government must work together to avoid unintended consequences and protect our most vulnerable.”

The Keep Ontario Working Coalition and CANCEA released interim findings of this Analysis in August, ahead of final amendments being submitted for first reading of the legislation. To date, CANCEA’s work remains the only peer-reviewed economic analysis of Bill 148. In having been reviewed by Morley Gunderson, the work has benefited from one of the leading economists in Canada, who the Ontario Government has turned to on multiple occasions, such as during the Changing Workplaces Review which became the foundation for Bill 148.

“Our risk assessment of the Act is that there is more risk than reward for Ontarians despite the stated goal of the legislation in helping Ontario’s more vulnerable and the Ontario economy,” Paul Smetanin, President of CANCEA. “Given the risk of consolidating income and wealth inequality, putting about 185,000 people out of work, and the risks of small/medium businesses being exposed to their larger competitors, the unintended consequences are significant.”

In addition, the Keep Ontario Working coalition released a second report, The Flip Side of “Fair”, which showcases testimonials from employers and outline how they will be impacted by the legislation. The report gives a voice to those businesses who have felt excluded from the committee process and policy discussion around this legislation. The testimonials all share a common theme, that the minimum wage increase and labour reforms will have serious consequences for their business and their communities 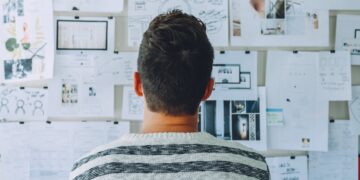 Starting a Business? Here are the Funding Options You May Consider