Creatures of the night 2017 — a spooktakular event! 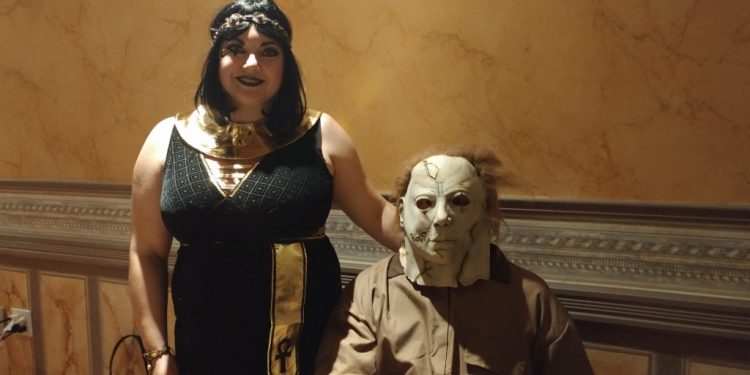 We visited the first ever Creatures of the night 2017 home based/small business sales event last night at the Best Western Parkway Inn and had a fabulous time!

The event, which doubled as a fundraiser for Big Brothers and Big Sisters and the OSPCA, was put together by Victoria Eady of “Hair 2 dye 4”, an appropriate name being it hosted a Halloween-themed trade show featuring some 20 vendors selling from Jewelry, to nail art, to health stuff.

The lights were dimmed, the atmosphere was ghoulish and the spirits were definitely wandering…  But the vendors, although dressed in terrifying attires, did not scare the patrons away.  As a matter of fact, those were the friendliest monsters I’ve ever seen!

“We wanted to feature home based and small businesses in our area, while helping the community” said Eady. And what a fun way to do so!

Victoria’s husband, Ray Eady, national winner of the Allstate Canada Community Hero program in 2016, is no stranger to fundraising and was the show’s MC.

It was a spooktakular happening and we can’t wait to see what’s in store for 2018.  The Seeker wants to congratulate all involved in a successful event.

The final numbers are in.  $807.00 was raised for the OSPCA on top of all the food and supplies they needed, that were distributed on their “wish list”.  As well, $1652.00 went to Big Brothers and Big Sisters, which included 100% of the cost of the tables from the vendors.  Ray Eady kindly donated the hall rental.