Interview with The Dwarves playing Vancouver on November 10th 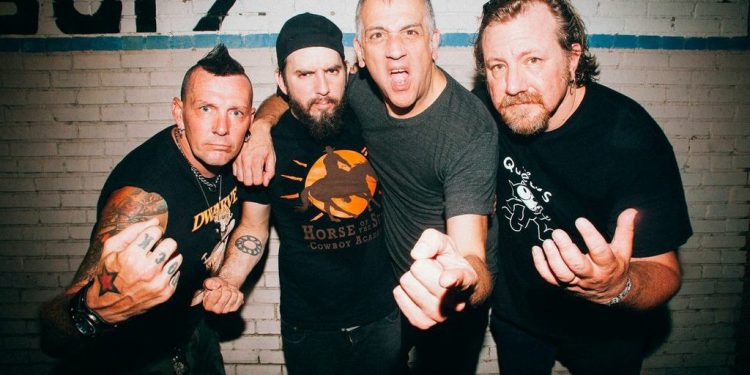 Vancouver, British Columbia – West coast punk fans can rejoice, because The Dwarves will be joining the Dead Kennedys at the Rickshaw in Vancouver on November 10th as a part of Festerval.

The Dwarves, who are a legendary 1980s Chicago punk band, have a new album coming out next year.

“The Dwarves Take Back the Night is coming out February 2018! Our label Greedy teamed up with Burger Records to make the LP and with Riotstyle Records for the 4-song EP out next month. The record was written by the whole damn band and produced by myself and Andy Now,” lead singer Blag Dahlia stated.

“Nick Oliveri, Josh Freese, The Fresh Prince of Darkness and Hunter Down played the tracks over one demented weekend in Long Beach. It continues with the modern Dwarves tradition of incessant genre hopping and hot as sh-t players making it look easy. Standout tracks like Devil’s Level, Julio and Forget Me Not mix with throwaway hardcore and bubblegum odes to pederasty, drug abuse and urban gentrification. This record will peel the phlegm off your throat,” Blag Dahlia added.

Ottawa punk fans may recall that The Dwarves did a split album with The Riptides titled “Stillborn in the U.S.A.” in 2012. The first song off that album is titled “The Band That Wouldn’t Die” – and a different version of that same song appeared on the Fat Wreck Chords compilation “Short Music For Short People”.

“Yes, a different version than the Fat comp, it has a whole bitchin’ bridge section. That song is from The Dwarves Are Born Again LP. That split 7” with Riptides on Asian Man has that song from the LP and a basement tape of a song called Lord of the Fly that only appeared there,” Blag Dahlia recalled.

The Dwarves also lent out a different version of the song “Dominator” for the Goblin Records compilation CD titled Kick’em While They’re Down Vol.2 which also featured The Riptides, The Queers, Ripcordz, Dayglo Abortions, and The Nads.

“I’m not familiar with the Kick’em comp, but I’m sure it’s wonderful. Ottawa is a sexy town in a fabulous country,” Blag Dahlia disclosed.

From the cartoon show SpongeBob SquarePants to the cult film Ghost World, Blag Dahlia of The Dwarves has left his mark on pop culture.

In 1999, Blag sang “Doing the Sponge” in the SpongeBob SquarePants episode “The Chaperone”.

“The most famous sponge on TV (aside from the Seinfeld ‘Spongeworthy’ episode) is this groovy dance tune that everyone from toddlers to grandparents wiggles their fanny to! That lovable sponge teaches young’uns good lessons, too,” Blag Dahlia said.

“I learned about the comics after the movie which was made by a friend of mine. I did know of Clowes’ work already though, he had been drawing cool stuff for a while by then. I couldn’t keep up with his new titles, but I recently saw a cool one called Wilson that was really brilliant,” Blag Dahlia reflected.

In Ghost World there was a scene in the movie where the character of Enid discussed what was original 1977 punk. Would Enid like The Dwarves?

The Dwarves song “Massacre” also appeared on the soundtrack to the horror film Hostel.

The Dwarves have been around for around for over 30 years, but according to Blag they are still outsiders in the punk community.

“We will always be outsiders, it comes with the territory. F-ck other bands!

Despite being outsiders, this past summer the Dwarves had the distinction of touring with Richie Ramone – drummer of the Ramones from 1983 to 1987. Blag had the opportunity to sing “Sheena is a Punk Rocker” with the former Ramones member.

“Lots of fun in the Dirty Souf. Atlanta, Jacksonville and Chapel Hill were particularly groovy. And I got to sing Sheena with the man himself,” Blag Dahlia reminisced.

Blag and The Dwarves are looking forward to playing Vancouver with the Dead Kennedys next month.

“We love Canada, shows there are always great and punks there don’t smell as badly as Americans. Of course, playing with American bands is always a plus, too! November 10th we bring the chaos to Vancouver,” Blag Dahlia concluded.

Doors for The Dwarves and Dead Kennedys concert are at 6 p.m, the event is 19+, and tickets start at just $36.