by Editorial Board
in Sports
Reading Time: 1 min read
24 1 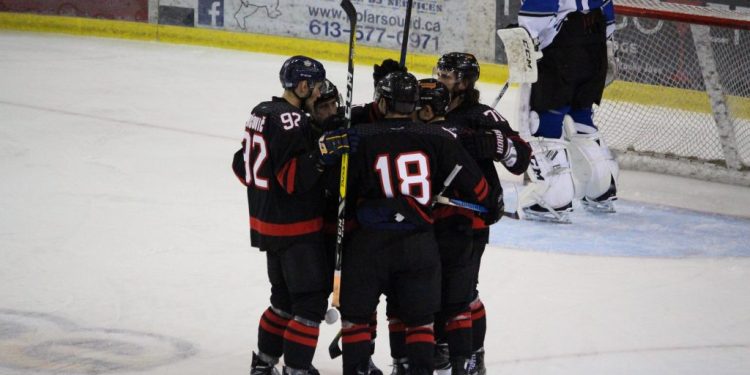 CORNWALL — The top line of Ahmed Mahfouz, Maxime Guyon and Sylvester Bzdyl combined for six points on Saturday night to lead the Nationals to a 5-3 victory over the visiting Watertown Wolves.

It was the final pre-season tuneup for Cornwall, played in front of an announced crowd of 486 fans at the Civic Complex.

The Nationals complete their exhibition schedule with a 3-1 record.

Tom Tsicos and Brandon Vuic also scored for the Nationals, who received a 31-save performance from Tyler Beskorawany.

On Friday at Watertown, the Nationals iced a rookie-packed lineup and fell 6-2 to the Wolves. Stephen Gallo led the way for Watertown with a two-goal effort.

Brandon Gilmour had both Cornwall goals, while Brandon Billie took the loss in net.

The Nationals are now set for the regular season, which opens on Friday, Nov. 3 in Watertown vs. the Wolves.

Creatures of the night 2017 -- a spooktakular event!