PAW Patrol Live ! ‘’Race to the rescue’’ announces a show in CORNWALL

by Editorial Board
in Entertainment, Events
Reading Time: 2 mins read
99 4 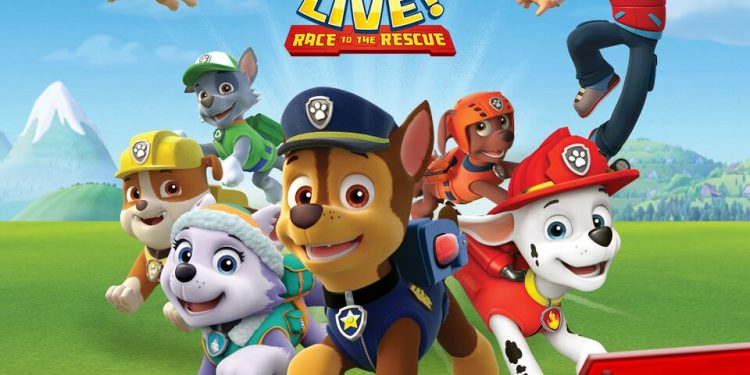 CORNWALL– Based on the hit animated TV series on Nickelodeon produced by Spin Master, PAW Patrol Live ! ‘’Race to the rescue’’ is coming to Cornwall with its brand new tour, which brings everybody’s favorite pups to the stage for an action-packed, high-energy, musical adventure. On the day of the Great Race between Adventure Bay’s Mayor Goodway and Foggy Bottom’s Mayor Humdinger, but with the race about to begin, Mayor Goodway is nowhere to be found. Ryder summons Marshall, Chase, Skye, Rubble, Rocky, Zuma, and the newest pup, Everest, to rescue Mayor Goodway and to run the race in her place. Cornwall families can purchase tickets now for the November 7th show held at Cornwall Civic Complex by visiting pawpatrollive.ca or over the phone at 1 855-561-3602.

Featuring a cast of everybody’s favorite PAW Patrol characters and presented by Nickelodeon, Life Like Touring, VStar Entertainment Group and TBOS Live, PAW Patrol Live ! ‘’Race to the rescue’’ shows that “no job is too big, no pup is too small,” and shares lessons for all ages about citizenship, social skills and problem-solving as the characters each use their unique skills and teamwork. The show includes two acts and an intermission, and engages audiences with Bunraku puppetry, an innovative costuming approach that brings the PAW Patrol characters to life on stage with their vehicles and packs.

“Using Bunraku, puppetry elements are built into costumes worn by real actors to create a wonderful combination of life-size pups and to make a stronger connection with the audience. The PAW Patrol cast sings and dances, which brings a fun, realistic parallel between the animated series and the live show,” says Jim Waters, producer, VStar Entertainment Group.

“We are thrilled to partner with VStar Entertainment Group, Life Like Touring, and TBOS Live to bring PAW Patrol Live! to families in Cornwall. This unique stage production promises adventure at every turn, as the audience works together to help our heroic pups save the day,” said Thomas Kingsley, Director, Recreation Business Development for Nickelodeon.

The performance features up-tempo music and a brand new cleverly written script that is a good introduction to live theater for kids. Classic theatrical scenery along with a high-tech video wall visually transports families to an authentic PAW Patrol environment, including locations from the TV series, like Adventure Bay, The Lookout, Seal Island, Farmer Yumi’s farm and Jake’s Mountain. Special interactive video allows the audience to participate via interviews, solve clues with the Pups, follow Mayor Goodway and much more.

The show runs for 1 hour and 20 minutes, including two acts and an intermission.

PAW Patrol Live ! ‘’Race to the rescue’’ is presented by Life Like Touring, VStar Entertainment Group and Nickelodeon. The show is produced in Ontario by TBOS Live.

Interview with The Dwarves playing Vancouver on November 10th