The Book Nook: Review of The Hidden Life of Trees by Peter Wohlleben 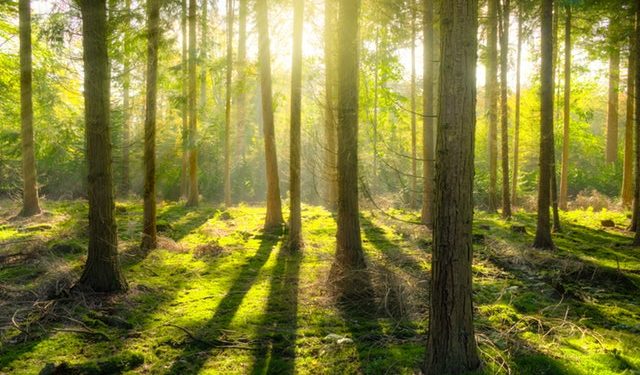 Although we pass by trees every day and they make up a regular part of our environment, we know very little about what their lives are like and how they function. Do trees communicate with each other? Do they protect and nurture their young? Do they form friendships and help each other when they are sick? As it turns out, they do, and so much more. The Hidden Life of Trees: What They Feel, How They Communicate – Discoveries from a Secret World is written by Peter Wohlleben, manager and caretaker of an old growth forest in Germany, and gives readers a revelatory view into the little-known world of trees.

One of the reasons that we often have difficulty understanding trees is that they exist on a completely different time scale than us. One of the oldest trees on earth is a spruce in Sweden that is more than 9,500 years old – 115 times longer than the average human lifespan. Their active movements, such as unfurling leaves or growing new shoots, can take weeks or even months. We view trees as static beings, but they are in fact a testament to the power and benefits of living more slowly.

Every chapter delights with new discoveries and compelling insights into the lives of trees. For example, if an animal begins munching on the leaves of a tree, that tree releases a chemical into the air that warns surrounding trees of the threat, and they begin producing toxic chemicals to repel that particular animal. Trees also communicate through an underground fungal network that connects the roots of trees in a forest, a “wood wide web” that allows them to share nutrients and information. Entire forests exist this way, and “There are more life forms in a handful of forest soil than there are people on the planet.”

Trees naturally function within a forest as a superorganism, where each individual works to support every other in a reciprocal relationship that allows the whole to flourish. This is not true of only trees, but plants in general. However, trees planted in forests for harvesting and cultivated plants on farms lose their ability to communicate – both to support each other and defend against threats. This is one reason why modern agriculture uses so many pesticides, and Wohlleben advocates for farmers and foresters to “breed a little more wildness…so that they’ll be more talkative in the future.”

The Hidden Life of Trees (released Sep. 13th, 2016) is available at the Cornwall Public Library, Coles in the Cornwall Square, and online.