Interview with Children of Bodom – Nov 29th concert in Ottawa 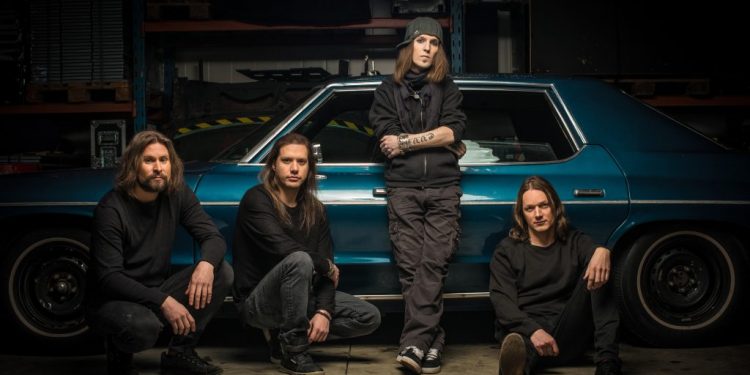 Ottawa Ontario – History is going to be made when legendary Finnish metal band Children of Bodom play their first ever concert in Canada’s capital.

Children of Bodom have embarked on a North American tour. Their show November 29th at Ottawa’s Bronson Centre is a part of that tour.

The band has also begun work on a new album, which they plan to complete after their tour.

“Yes, we are already working on it. We have a few songs ready now but it’s impossible to say anything. It’s Bodom. It’s us. Hard to say anything more just yet,” Henkka Seppälä stated.

This will be the first album and the first North American tour with their second guitarist Daniel Freyberg.

“Yes, I’m very happy to have Daniel in the band. He is the perfect fit – very motivated in every way, super nice, very funny and good company. He is a real good guitarist and I love it,” Henkka Seppälä replied.

The tour is called 20 Years Down and Dirty. According to Henkka, 1997 is the true origins of the band with the release of their debut album “Something Wild”. Fans can expect to hear many songs from that album on the current tour.

“Well, it’s the easiest way to think about it. 1997 was the first album and that’s a fact. Everything else is quite unclear on how to define the starting of the band. But 1997 was when the first Children of Bodom album came out so we’ll stick to that,” Henkka Seppälä emphasized.

The name of the band was inspired by the 1960 Lake Bodom Murders that took place in Finland.

“Yes, it’s from that. Well, we just started to think of a name. And someone got the idea to use word ‘Bodom’ as we are all from Espoo after all. So it was kind of a natural choice. It’s a horrible story too, so we thought it fits our music,” Henkka Seppälä added.

In October 2015, Children of Bodom released “I Worship Chaos”. Henkka says his two favourite songs off the last album are “Widdershins” and “Morrigan”.

“My favourite song is probably “Widdershins”, and my favourite live song is “Morrigan”,” Henkka Seppälä said.

A music video for “Morrigan” was posted on Youtube. Henkka explains the imagery used in the video for the song.

“We wanted to try something else instead of a performance video. So we gave Patric Ullaeus pretty much free hands to make it. I think it was an okay video and a refreshing thing in our career. The Irish folklore was inspiring some of the imagery in the video for Morrigan,” Henkka Seppälä explained.

Their last album, “I Worship Chaos”, was recorded in a warehouse, or more specifically in a studio that was inside a warehouse.

“Well, technically it’s a warehouse that has a studio inside of it. So we did record in a studio,” Henkka Seppälä noted with a smile.

This album like their previous albums was released on Nuclear Blast Records.

According to Henkka Seppälä his first instrument was a guitar at the age of 12 years old. Back then he was listening to music by bands like Guns N’ Roses and Slayer.

“I asked my mom to get me a guitar. After a long negotiation she did. I was maybe 12 years old? That’s exactly when I got into Guns’n’Roses, Poison and later Slayer, Pantera, Sépultura and Megadeth. That’s where it all started for me,” Henkka Seppälä recalled.

It’s come full circle for Henkka Seppälä and Children of Bodom, because they are on Nuclear Blast, the same label as Slayer.

On their North American tour, Children of Bodom will be accompanied by Carach Angren, Lost Society, and Uncured.

“Lost Society will kick some ass every night so we also have to be ready to be on the same level as those guys. That’s a good thing. I’m looking forward to see Carach and Uncured when we hit the stage in Dallas,” Henkka Seppälä concluded.

Spectrasonic.com presents Children Of Bodom’s “20 Years Down & Dirty Tour” with Carach Angren, Lost Society, and Uncured. They play November 29th at Bronson Centre in Ottawa. The show is all ages, doors are at 5:30pm, and the show starts at 6:30pm. Tickets range from $35 to $39.50 + service charges and are available at Ticketfly. Tickets are also available at Vertigo Records, both Compact Music Inc.