LTE: Cornwall is not a Hockey Town

by Editorial Board
in Letter to the Editor, News and Announcements, Sports
Reading Time: 3 mins read
35 2 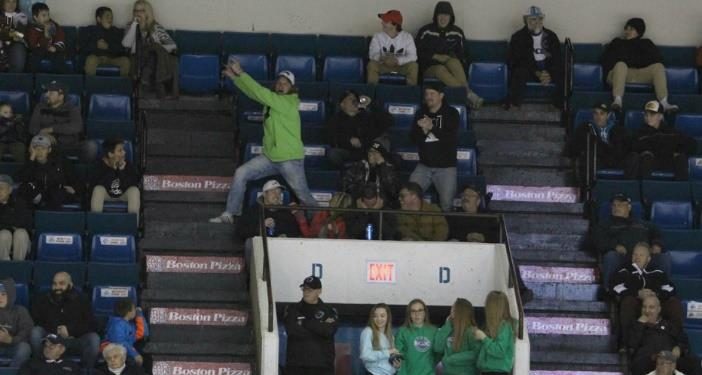 There are still so many people in this city that claim Cornwall as a central hub for hockey and all of its related activities, calling our community of 47,000 people a hockey town. I was one of them for a long while, as I knew Cornwall from ice-level. I played girls’ hockey my whole life; I was a proud Cornwall Typhoon and represented our city for years. I also remember the fun I had at Aces games when I was just a kid and I can attest that high school wouldn’t have been as fun without Thursday night Colts games.

But things have shifted and since returning home just two years ago, it is clear that Cornwall is no longer a hockey town. The Royals are long gone but remain an ever-present ghost, convincing people that this city is still capable of housing higher caliber hockey. It is not.

There are whines and cries that if we had an OHL team or AHL team more people would support hockey but we, as a collective, have proven years ago that this is not the case. In a city of almost 50,000 people there is a small pocket of under 1000 people that really truly give a damn about supporting hockey in this city.

Cornwall currently has an FHL team, the Cornwall Nationals, to watch and support and I’m often left scratching my head wondering why our average attendance sits at below 1000, with some games bringing in only 500 fans. In case you didn’t know, the Federal Hockey League is a professional minor A team that feeds into the ECHL, which feeds the AHL.

But you wouldn’t know that because you don’t support hockey in this city. No one, besides a small percentage of people, does. So, I ask, what is your true excuse? It can’t be our on-ice product, as we sit first in the league. It sure as heck can’t be our off-ice product as in just one year we have been involved with more than 30 different organizations, raised thousands of dollars for charity, been involved in both elementary and high school initiatives and helped anyone who has asked for it. We have thrown ourselves at this city, passionately and furiously, and unfortunately, citizens of this town have not done the same.

So, I ask again. What is your excuse? If you don’t have a valid one then I suggest you make your way to the Cornwall Civic Complex and start supporting a team that can’t continue to sit back and pray that our town’s mentality will change. If you want Cornwall to be respectfully thought of as hockey town then a shift must happen and you, as one person reading this editorial, can be part of that movement. In this case one person can make a difference, will that person be you?