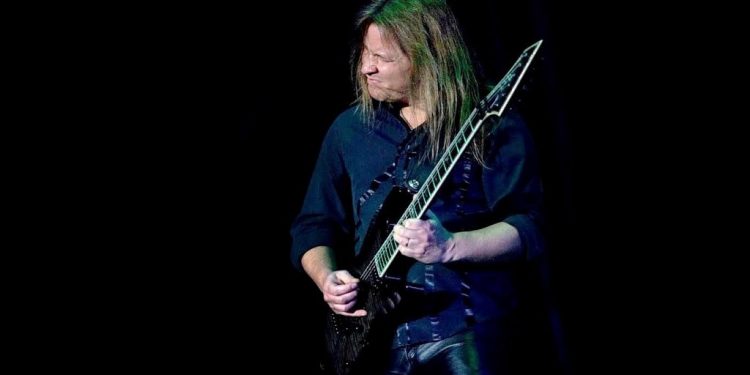 Ottawa Ontario – The concert “A Night of Metal” will be happening on Friday, April 13th at The Brass Monkey in Ottawa featuring an impressive all-star line up of metal musicians.

These musicians, who have a lot of history together, and an excellent chemistry on stage, will be performing a 90 minute set of classic metal.

“Adrain and Shawn have a history of being in Eidolon together on Metal Blade Records for almost 10 years. Shawn is my brother, and Tim and I have been friends for a while. So when we put this together, and needed a bassist, it was a no brainer to call Adrain. The chemistry is there, and that’s especially important when we only do these shows once in a while. I live in Windsor, and the others live in Atlanta, Ohio, and all over the map. We can’t spend a week in rehearsal. We need people we can rely on. Fans can identify with both the music and the members of our band. Whether we play Megadeth, or Judas Priest, or other classic metal like Ozzy Osborne, we’re good at what we do, and it’s going to be a great show,” Glen Drover stated.

Glen Drover appeared on Megadeth’s eleventh studio album titled United Abominations, an album which debuted at number 8 on the Billboard Top 200. He has fond memories of playing in Megadeth with his brother Shawn and touring the world.

“My fondest memories playing in Megadeth was touring with my brother and going to Japan, the UK Festivals, and literally touring around the world. My favourite Megadeth song to play live has to be “Set The World Afire”. I was a fan of Megadeth growing up. I got the gig in Megadeth through a referral, and when their drummer wasn’t working at the time, Shawn was brought in,” Glen Drover reminisced.

Glen Drover and Shawn Drover grew up in a musical family, and Glen recalls getting his first guitar and jamming with his brother for the first time.

“I would say I did grow up in a musical family. My dad played, my older brother played, and Shawn and I both started playing at a young age. I started playing guitar around 9, and my brother started playing drums around 12. I got my first guitar at Christmas, and it was the first time my brother and I played together. My first acoustic guitar was a Yamaha. Later I got a Les Paul knockoff. It was in the style and shape of a Les Paul. When I got older I played better guitars,” Glen Drover recalled.

Growing up Glen Drover was influenced by bands like Kiss.

“It started off with Kiss at the age of 8. It’s the first band I could call my own. I really enjoyed rock and the distorted guitars. Of course there was also Black Sabbath, Rush, Queen, and others. I got more serious with guitar as I grew older, and I learned to lift music, learned to play by ear. I knew what I liked and what I wanted to play,” Glen Drover added.

Fans in Ottawa can expect an epic concert when “A Night of Metal” comes to the Brass Monkey. It’s going to be a night of metal’s greatest hits.

“We don’t have the exact set list yet, but we’ll be playing music from the bands we were in, and all the classic metal, but not the newer stuff or bands we’re not in to. It’s going to be a 90 minute set of classic metal. We’ve played at the Brass Monkey in Ottawa before and we’re looking forward to coming back,” Glen Drover concluded.

The concert on Friday, April 13 starts at 8pm. Tickets are on sale at Ticket Zone. The Brass Monkey is located at 250A Greenbank Rd in Ottawa. For more information visit the Facebook event page. The photo of Glen Drover performing with Megadeth is by Nick Engand (Wiki Commons), and the photo of Shawn Drover performing with Megadeth is by Tudor Iodăchescu (Wiki Commons).