by Editorial Board
in Sports
Reading Time: 1 min read
26 1 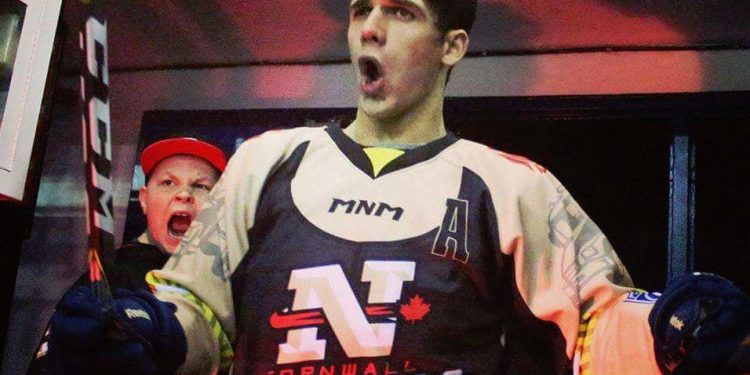 DANVILLE, IL — On a night the Nationals welcomed back a familiar face, Cornwall returned to its winning ways with a 6-2 victory over the Danville Dashers.

MJ Graham has returned to the Nationals and the speedy forward scored a goal and added two assists on Friday night for Cornwall, which snapped a two-game losing streak.

The dynamic duo of Maxime Guyon and Ahmed Mahfouz were named the game’s first and second star, respectively. Guyon, the Federal Hockey League’s leading scorer, had two goals and an assist, while captain Mahfouz scored once and added three helpers for a four-point night.

The reliable Sebastien Dube-Rochon was once again spectacular in goal. He earned the victory for Cornwall with a 40-save performance. The Dashers outshot the Nationals 42-41.

Justin Portillo and Andrej Misovic (who also had two assists) also scored for the second-place Nationals, who improved to 15-7-0-0-2.

The two teams are back in action tonight in Danville. Game time is 8 p.m.