A heartfelt thank you from ME to WE

by Editorial Board
in Editorial
Reading Time: 3 mins read
26 0 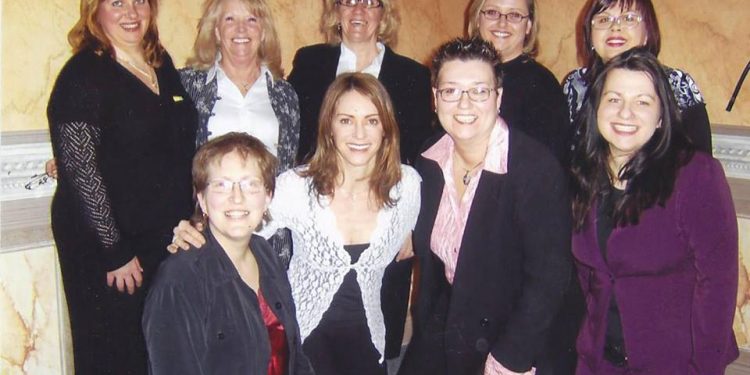 I want to take a moment to acknowledge someone who has had a significant impact on how my businesses and I have thrived in Cornwall.

When I moved here 12 years ago, I knew nobody. Well, I knew my real estate agent, but that was it.
Shortly after the relocation from Montreal, I saw an ad in the Welcome Wagon for Kooler Timez. My water cooler was smelling mouldy, and the ad stated “Let us remove the slime” so I called and booked an appointment. Little did I know, this was singlehandedly the best business move I could have made.

Kim Dolan showed up at my door.

She cleaned out our cooler and chatted with us for a while. She was in no rush, educated us on our cooler and water and general and treated us like old friends. She was a beam of positivity. She spoke highly about this City, about all the things there are to see and do in and around, and about owning a business in the area. She also told me about Women Entrepreneurs.

Before even considering moving here, I had done my homework, and Women Entrepreneurs was one of the resources I had every intent of joining, but lack of time, and, well, fear, prevented me for taking the step. It’s funny how one can have been in business for years and still feel intimidated by meeting new people in a new city. After my talk with Kim, however, I had someone and attending a meeting wasn’t going to feel so awkward anymore. So I gave it a try.
I joined the organisation in 2006. The welcome was overwhelming; the support, unmatchable. I picked up all my clients from WE initially. Then, as word of mouth started doing its thing, my reach expanded.

I sat on the board of directors for the year 2007-2008, which had Kim as Chairperson. 2008 was WE’s 10th year and boy, did we have a BIG year. We honoured the founders with a 10th Anniversary Gala, we had Victoria Labalme come and speak, we held the “Power of Women” trade show, and we had a whopping 150 members. Some say even more. It was EPIC!

After that year, I was on and off as a member. Personal issues kept me at bay. I came back to serve on the board of directors in 2016-2017.

By the end of 2017, the organisation, now 20, had drawn all that it could from the various executives that led it. With nobody willing to drive it into the future, it was scheduled to close.

That’s when the three remaining directors, who wished to save WE from its impending doom, contacted me.
The four of us sat down and debated options. We looked at all the possibilities and recourses available for us to keep this institution for Women in business afloat. WE is, after all, ingrained in the fabric of our community and has helped paved the way for so many of us…

It is funny how life happens sometimes. I have always had a soft spot for Women Entrepreneurs. I met so many wonderful ladies through this group, one being especially important to me: Mai-Liis, the co-owner of this paper. Had it not been for WE, who knows, there probably wouldn’t be a Seeker.

To be asked to become part of the group’s new direction meant so much to me. My Cornwall Roots lay in WE, saving it seemed like a no-brainer. Because at some point, WE saved me. WE was my support system. WE was my gateway to success.

As for Kim, I found a true friend in her. She is always there to listen when I need an ear. We don’t see or talk to each other much, we both have busy lives, but I know she’s there. I hope she knows I’m here too.

She is still in business, still out there educating people on safe water drinking. If you own a water cooler, you should give her a call!

We have the arts - Now let's build them a home!