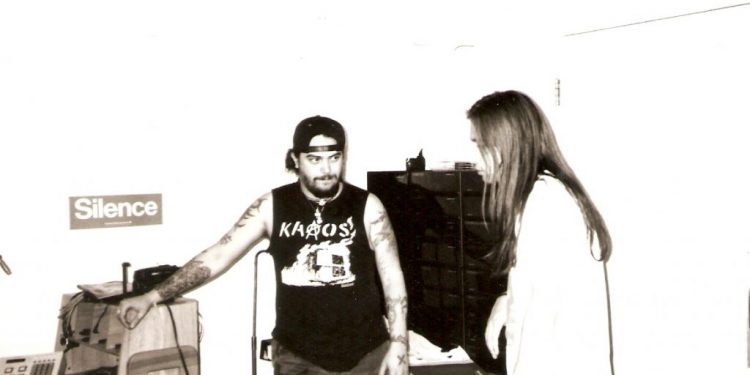 Ottawa Ontario – Soulfly are playing a concert on March 13th at Mavericks in Ottawa as Nailbomb performing the 1994 album “Point Blank”.

“I just got back from L.A. recording new Soulfly, getting ready to rehearse for the Nailbomb tour. We’re really excited, it’s going to be a great tour,” Soulfly frontman Max Cavalera said.

Nailbomb was a collaboration between Max Cavalera (who was the frontman of Sepultura at the time) and Alex Newport (who became a famed record producer). Their sole album was released on Roadrunner Records in 1994.

This upcoming Nailbomb tour was something Max Cavalera always wanted to do.

“I’ve always wanted to do that. I felt Point Blank was one hell of an album that would have sounded great live. If we play these songs, they will come to life played live. It’s a great record, and one of those meant to be played live. Then the idea came to have Soulfly as a band playing the album live. We are putting the weight of a band, the power of Soulfly behind Point Blank. Then we had the idea to have all the samplers on it too, so it sounds like the record. It sounds like the original. It’s a mix, it’s really organic because it’s a band playing. It’s like if an album turned in to a band, it would sound like this. It would sound really cool like a band playing with the drums and everything. I have my son Igor doing Alex (Newport)’s vocals, and playing all the samplers, so all the industrial sounds are in place,” Max Cavalera explained.

His two son’s Igor and Zyon Cavalera are in the Phoenix sludge metal band Lody Kong who are also playing the concert.

The themes covered in the Nailbomb album are still relevant today, and will still strike a chord with audiences.

“It’s super energetic and super fun. The topics that the songs cover are very relevant right now in the world we live in today. Stuff like anti-war, anti-religion, anti-facsist is perfect for right now. We have the original backdrop which is a KKK guy with a target on his face. The whole stage is going to be camouflage stuff, with gas masks, targets, military looking type shit. It’s going to be a real Nailbomb style show. We did one run in America last year, it was really underground, with Cannabis Corpse. We’re keeping with that underground spirit. A lot of the shows are small, but I love it, a lot of the best shows are small. I think we’re going to try to add some new songs like Dead Kennedy’s covers. D.H. Peligro played on the live record, so we ended up covering “Police Truck” at that time. We might also do something by the Ramones or Black Flag or anything like that would be really cool. We might do “Feedback” from the new Soulfly. There will be a lot of new stuff people haven’t seen before,” Max Cavalera stated.

This is not the first time Max Cavalera has done a tour like this. His other band Cavalera Conspiracy had recently played the Sepultura album Roots on the “Return to Roots” tour.

“I love playing with my brother and Igor is great. It was a celebration of the Roots album, and the tour was a huge success. All the shows were packed, and it was a big tour. It’s the opposite of the Nailbomb tour, which is more underground, and play small places, and it doesn’t have to be a big deal. The Roots tour was a big deal. With Roots, there is a nostalgic feeling when I play this stuff from 20 years ago. It was a cool record, done during a cool time in my life. I get to share that with my sons, they are in the band with me. Zyon playing drums, and Igor singing. It’s awesome, it’s a great feeling as a dad to share the stage with your kids. To do this stuff with them is so cool, it’s hard to explain, but as a father it’s a great feeling I get from that. It’s like we’re a full on metal family. I wouldn’t leave the metal life for anything, it’s f-cking great,” Max Cavalera added.

The origins of Nailbomb were quite unexpected and unplanned. Max Cavalera was still the frontman of Sepultura at the time.

“Nailbomb came out of no where. It was never serious. When it first started I was just jamming with Alex (Newport). He had just came from England, and living near my house, and we hung out in the afternoons. I wanted him to show me how he does all the heavy rifts on songs in A minor, because it’s one of my favourite parts on the Fudge Tunnel record. So I bugged him to teach me how to do those rifts, and then he’d bug me to teach him how to do the Sepultura rifts. We ended up hanging out a lot, and when teaching each other rifts, we ended up creating new rifts. Alex brought a sampler. We started writing drum patterns, and then we started writing songs. We had no idea this was going to be a project. We were having fun, and it was totally punk rock,” Max Cavalera said.

What was originally just a fun side project, turned out to be a really great record.

“We got a record deal, they thought it sounded great, and Roadrunner got behind it. We never let the fact we were making a real record, change our mindset. We still wrote f-cked up songs. That’s why the record still feels very angry today. We didn’t like war, we didn’t like organized religion, we didn’t like heavy drugs, so we sang about all that shit. It was fun, it was cool, there was no pressure making a record, because I wasn’t writing for Sepultura. It was a different name. Alex came up with the name Nailbomb inspired by the NRA in Ireland. It was a shocking name, a very brutal name. It was a fun project, with no comprise at all. We liked it, and if no one else likes it’ we don’t give a shit – it’s punk. That was the feeling we captured on the record. Because of that, the record still has cult status today, which goes to show you never know what people like or want until you put it out. I’m really glad people dug the album Point Blank, and now people have a chance to see it live, which is more exciting,” Max Cavalera added.

Alex Newport later became a record producer for bands like At the Drive-In, The Mars Volta, Death Cab For Cutie, Bloc Party, and many others.

In addition to the Nailbomb tour, Soulfly are also working on a new album.

“I think it’s a really interesting record. It was really well created. Josh Wilbur produced it – he’s produced music for Lamb of God, Atreyu, Killer Be Killed. As far as the music, it’s kind of a blend. Some of it has the tribal feel of the early Soulfly like on Primitive and on Soulfly One (self-titled), and some of the other stuff is fast thrash kind of like I did on the Cavalera record with Psychosis. This album is going to be more a combination of fast stuff and groove together. They go hand in hand really well in the songs,” Max Cavalera disclosed.

The record touches upon some very serious themes including politics and death.

“It’s quite political too. There are songs about murder at the Navajo reservation, injustice done by police, songs about evil taking power. Some of the songs explore the theme of death, because Marc Rizzo, the guitar player just lost his father. So it’s looking at it through a positive spiritual way,” Max Cavalera said.

In contrast, there are also songs about life. One notable song is “Feedback” which has a Motorhead style rift and talks about life on the road.

“One of my favourite songs on the album is called “Feedback”. It’s all about life on the road, and playing live. It’s called Feedback, because of the feedback of the guitar. It’s about having no regrets doing this thing for 30 years without looking back, with having no regrets at all, and just loving it. It’s about life on the road. It was based on a Motorhead rift. It kind of sounds like Ace of Spades a little bit or Iron Fist. It’s kind of like a Motorhead song, but done in the Soulfly way. I think that might be the last song on the record. I still need to sing two more songs, and we need to look at some of the guests like Ross from Immolation, and the possibility of another guest, but I don’t know who yet,” Max Cavalera replied.

The new Soulfly album comes out this summer on Nuclear Blast Records.

“It looks like it’s going to be a really cool record. It’s going to come out in the summer. Nuclear Blast (Records) is very excited. We’re working on the cover right now with the same guy who did Arc Angels. I’m super excited, I think it’s gong to be a kick ass album,” Max Cavalera responded.

Max Cavalera is looking forward to all the upcoming shows in Canada and sharing the Nailbomb experience with fans.

“It’s a part of our history, it was a cool record, that was a part of my life. I’m so happy to be able to perform this album 20 years later. Once the Nailbomb tour is over, we’re going to jump back into Soulfly, and have a new record out, and life goes back to normal. It’s one unique experience people get to see. It’s quite special. If you like metal, and that type of metal, don’t miss it. It’s going to be a blast. It’s going to be a fun night of metal for everyone,” Max Cavalera confirmed.

“I hope we’ll be back to promote the new Soulfly album. The album comes out in the summer. We don’t have any tour scheduled for that yet. I’m sure we’ll be back for that, we love playing Canada,” Max Cavalera concluded.

The concert is presented by Chord Productions and Mavericks. The show is all ages and doors open at 6pm. Cruel Fate, Uncured, Lody Kong, and Today is The Day are also playing the concert. Advance tickets are on sale at Show Pass for $27.50. Physical tickets are on sale now at Vertigo Records, The ODDs & SODs Shoppe, Compact Music Inc. and at The Koven. Mavericks is located at 221 Rideau Street in downtown Ottawa.

Then and Now: What does a Museum Manager / Assoc. Curator do?