by Editorial Board
in News and Announcements
Reading Time: 3 mins read
40 0 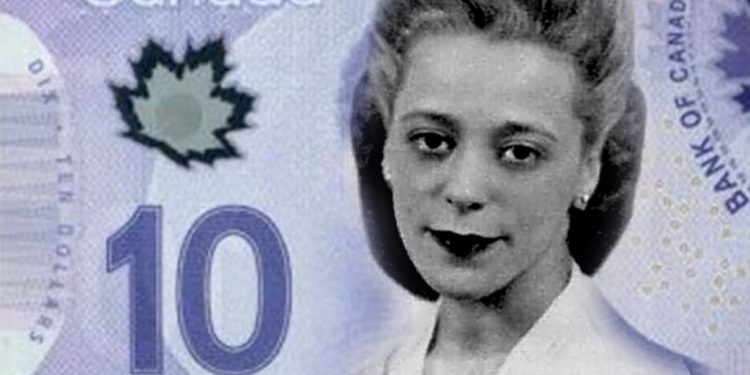 Finance Minister Bill Morneau, Bank of Canada Governor Stephen S. Poloz, Ms. Robson and Dr. John Young, President and CEO of the Canadian Museum for Human Rights, took part in the unveiling of the note in a ceremony at the Halifax Public Library.

Once the note enters circulation in late 2018, it will mark the first time that an iconic Canadian woman is portrayed on a regularly circulating Bank of Canada note.

Ms. Desmond was selected by Minister Morneau after an open call to Canadians to nominate iconic Canadian women who could appear on the redesigned $10 bank note.

A successful Black Nova Scotian businesswoman, Ms. Desmond defiantly refused to leave a whites-only area of a movie theatre in 1946 and was subsequently jailed, convicted and fined. Her court case is one of the first known legal challenges against racial segregation brought forth by a Black woman in Canada.

“Viola’s is just one of millions of stories from women who have helped shape, build and influence our country,” said Minister Morneau. “But it’s an important story, because it shows that standing up for what we believe, whether it’s on the step of Parliament Hill or in a movie theatre in New Glasgow, Nova Scotia, can make our country and the world a better place for future generations.”

The new $10 note is also the first vertically oriented note issued by the Bank, which allows for a more prominent image of Viola Desmond and differentiates it from the current polymer notes.

The back of the note features images and symbols that depict Canada’s ongoing pursuit of rights and freedoms, including the Canadian Museum for Human Rights—the first museum in the world dedicated solely to human rights; an eagle feather—representing the ongoing journey toward recognizing rights and freedoms for Indigenous peoples in Canada; and an excerpt from the Canadian Charter of Rights and Freedoms.

“Respect, reflection, dialogue—these are the values that Canadians aspire to, and this new note will help teach Canadians, indeed anyone who sees one of these bank notes, about the ongoing story of human rights in Canada,” said Dr. Young.

This new note includes some enhanced security features to help keep it safe from counterfeiting yet easy to use, ensuring that Canadians maintain trust and confidence in their money.

“It is the Bank of Canada’s job to design, produce and distribute bank notes that Canadians can use with confidence and pride,” said Governor Poloz. “Bank notes are designed to be not only secure and durable, but also works of art that tell the stories of Canada. I am confident that you will agree that this new $10 note fits the bill.”

Watch for the $10 note featuring Viola Desmond when it begins to circulate at the end of the year, and stay tuned for the launch of the next Bank NOTE-able campaign, in which the Bank will reach out to Canadians to seek input on the portrait subject and design of the next $5 note.

Visit bankofcanada.ca to learn more about the design and security features of Canada’s currency and follow the Bank on Twitter (@bankofcanada) for the latest news about Canadian bank notes.

“We think this accounting is bogus” – Opinion from MPP Jim McDonell