Interview with Game of Thrones actor and comedian Steve Love 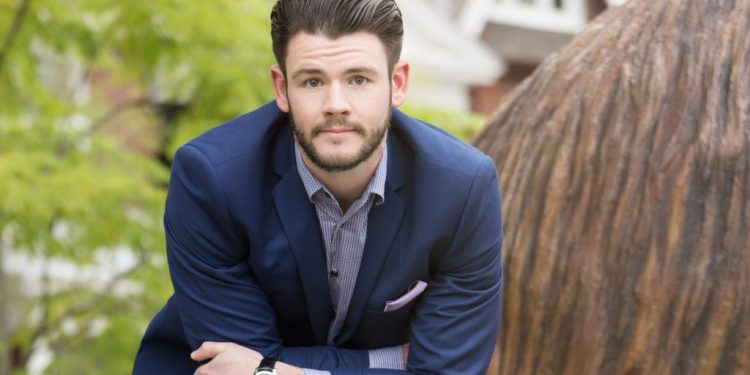 Cornwall, Ontario – Brace yourself; great comedy is coming to Cornwall. Fans of the hit TV series Game of Thrones will recognize comedian Steve Love from Season 6 of the iconic series.

Steve Love went from making Game of Throne impressions videos on Youtube, to becoming a guest on Jimmy Kimmel during a segment with Kit Harington, to getting a role on Game of Thrones in the span of just a few short years. Now the 27 year old Ottawa-based comedian is scheduled to do a pair of comedy shows in Cornwall as a part of the Second Annual Comedy Fundraiser.

The first show takes place Friday, April 27th at the Cornwall Golf and Country Club, and the second show happens on Saturday, April 28th at the Agora Centre. It’s going to be an exciting night of laughter and fun, and it’s also for a good cause! Partial proceeds from both shows are being donated to local charities.

Steve Love, who started doing impressions at 12 years old, was the funny kid at school.

“I thought it would help me get girls. I was wrong,” Steve Love said with a smirk.

His spot-on talented impressions have been viewed by millions on YouTube.

“I started the Youtube channel to profit from my weird talent. I enjoy the show and wanted to exploit its popularity. I would say I was pleasantly surprised but not entirely shocked at my channel’s success”, Steve Love responded.

The popularity of his Youtube channel, which now has over 4 millions video views, garnered the attention of Jimmy Kimmel.

When actor Kit Harington, who plays Jon Snow was a guest, Steve Love was invited to be a part of the show.

“The producers asked us to find some household items to read the instructions as Jon Snow. Given the character’s proclivity toward amazing hair, I figured a shampoo bottle would be perfect,” Steve Love reflected.

Would the character of Jon Snow laugh at Steve Love’s impressions?

“Jon Snow is too brooding to laugh at my shtick. I did, however, make actor Kit Harington laugh, which was cool I guess,” Steve Love said.

At the end of the segment each of the three impressionist on the show gave their best impression of “Winter is Coming”, then the lights dimmed, and a spotlight went on Kit Harington who delivered the line next.

“It was a very weird and very fun experience. It was cool to say “Winter is coming” until he upstaged us all. There wasn’t a dry panty in the house”, Steve Love reminisced.

Soon after Steve Love’s appearance on Jimmy Kimmel, Game of Thrones creators Dan Weiss and David Benioff asked Steve Love to be on the show.

“I was on my way to the cottage when I saw the e-mail. It was a party from that point. Lots of toasts to D&D’s health”, Steve Love recalled.

Steve Love emailed Dan Weiss and David Benioff back, hoping that he could be killed on the show.

“Yes, I wanted my scene to be somewhat memorable, for me at least. I didn’t want to just be the guy handing a parchment to somebody. I sent D&D an e-mail saying I would like a bloody death and they said that was exactly what they’d had in mind for me. So really it worked out great for everyone”, Steve Love replied.

Next, Steve Love flew to Northern Ireland to be on set for Game of Thrones. He would appear in season six, episode eight titled “No One”.

“It was the greatest experience of my life. Everyone I worked with was incredibly cool and kind, and I basically got a discounted European vacation to go with it”, Steve Love noted.

He met actor Rory McCanna who play the character of Sandor The Hound off-camera, and on camera he had several lines before meeting The Hound’s axe.

“Rory McCann is the greatest of all time. Super nice guy, amazing actor, carries a flip phone and has a sailboat. Really hope I get to work or hang out with him again someday. As for the death scene, it was a very clean death compared to Ricky Champ (Gatins) who took the axe between the legs”, Steve Love suggested.

Soon after being on Jimmy Kimmel and Game of Thrones, Steve Love had interviews and articles on CBC, Business Insider, Vulture, Ottawa Citizen, and more.

“They’re good credits to have, and the exposure did help me in my career, but it certainly didn’t launch me to stardom the way I had childishly hoped it would”, Steve Love disclosed.

In addition to comedy and acting, Steve Love is also a karaoke DJ, and Uber driver. The former Queen’s University student also has a role on the upcoming TV movie Stepdaughter’s Revenge.

As for comedy, Steve Love’s shows in Cornwall happen just days after his third anniversary doing stand up.

“I did my first open mic April 25th 2015. Yuk Yuk’s Ottawa is like a second family to me. I love playing that club. As for Cornwall, those in attendance can expect to laugh”, Steve Love divulged.

Cornwall comedy fans will be able to see Steve Love and his lackluster mustache on April 27th at the Cornwall Golf and Country Club and April 28th at the Agora Centre.

“It’s not that bad (the mustache), it’s gotten better lately. I’m almost a man”, Steve Love concluded with a laugh.

This is a non-profit event where funds help will help local charities and community groups like Big Brothers Big Sisters, The Dave Paupst Snowsuit Fund, Cornwall Blazers, Seaway Academy of Martial Arts, as well as a women’s group in Uganda.

The events are organized and promoted by Mark Vincent of Off Your Rocker Productions and by Roger Lee. Tickets are $25 each, and the showtimes are at 8pm.