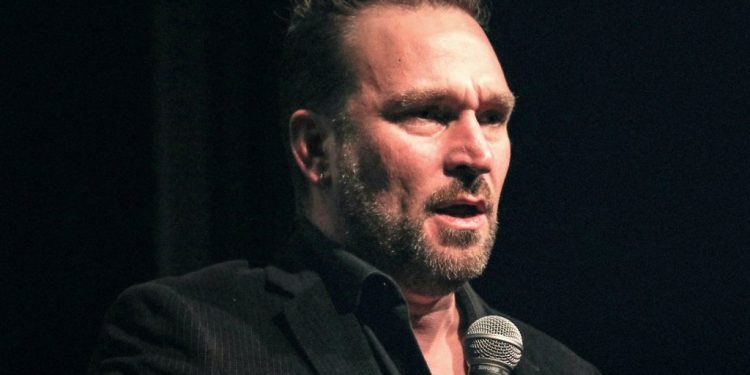 Cornwall, Ontario – The 5th anniversary of the Cornwall Comedy Festival takes place from May 4th to May 6th. This event includes a gala event at Aultsville Theatre in Cornwall on Friday, May 4th. Performing that evening will be the host, and SiriusXM Top Comic, Derek Seguin.

“I am super excited about the 5th anniversary. I’ve been involved since day one. I’m proud and happy that it has grown. Every year we keep putting on great shows, and the people in Cornwall appreciate it. It’s a cool thing to be a part of, and it’s near home, so it’s nice to have one week each year where I’m not traveling across the country. It’s nice they keep inviting me back,” Seguin said.

“Shawn Fowler, the founder of the Cornwall Comedy Festival, gave me the nod early on to be the artistic director. I’m the programming guy; I get to choose all the comedians that come. Every year, not only do I pick people who I find hilarious but people I also enjoy drinking with after the show,” Seguin added.

“Rob Ross, since I started in comedy, he’s always blown me away with how funny he is. Kate Davis is also hilarious, and one of the sweetest people in the comedy circuit. Ben Miner is from SiriusXM fame, he has a daily show on there and is also hilarious. David Pryde is one of the best joke writers in North America. He writes for Just for Laughs, The Debaters, and for television shows; he’s an amazing stand-up. David Acer is one of the world’s foremost magicians. He’s published books and won Canadian magician of the year a couple of years ago. He’s also fantastic at stand-up,” Seguin noted.

Derek Seguin has an impressive resume himself. He won SiriusXM Top Comic in 2016.

“Yes, in 2016 I won SiriusXM Top Comic, so I have a soft spot in my heart for SiriusXM. They have always been good to me, especially when they handed me that $15,000 cheque.

He also received a standing ovation at Place Des Arts for the Just for Laughs Gala aired on HBO.

“I’m doing The Nasty Show again this year at Just for Laughs. I’ll be taping a TV show as well,” Seguin added.

“I think I’ve been on The Debaters more than anybody else. I think I have the record, if not for most appearances, then the record for most wins. I won the most, which is all that matters, right? Steve Patterson, the host, and I did our first ever debate on The Debaters together. He was a debater just like everybody else. Sean Cullen was host at the time. We did our first ever debate together in Ottawa. He made more of an impression, because he became the host, and I’m still debating,” Seguin said with a smile.

Recently, Derek Seguin performed on America’s Got Talent. He can’t disclose how he did on the show, so audiences will have to tune-in and find out how he did.

“I did perform on America’s Got Talent. I can’t talk about it, you’ll have to tune-in in May to see if I made the cut,” Seguin stated.

Derek Seguin is also a family man; he is a father of three children. However, his children don’t always appreciate his sense of humour.

“I think I’m hilarious, but the kids often don’t appreciate my humour. I think I’m the coolest dad there is, but they very often don’t want to bring friends over. I think they’re embarrassed by me. My son doesn’t believe I’m a comedian; he says you’re not a comedian, I think you’re a hitman. You keep the same hours as a hitman, you leave for three days, and come home with a wad of money. He can’t fathom people find me funny,” Seguin replied.

The current tour is going very well for Derek Seguin.

“The tour is going well. Between The Debaters and the HBO show, people know who I am, and they are buying tickets. It’s humbling and awesome. When we book a venue, there is no producer to tell me what I can’t say. It’s my show, I can talk about what I want,” Seguin explained.

Derek Seguin is looking forward to the 5th anniversary of the Cornwall Comedy Festival.

“I can’t wait to come back. I love the people of Cornwall and appreciate their support. Shawn Fowler is proud of the festival. I am proud of it too. I have to come up with new material each time, because I know I’m coming back. I can’t wait,” Seguin concluded.

Cornwall Comedy Festival kicks things off with the Gala Evening at Aultsville Theatre on Friday, May 4th at 8:30 PM. Performing that evening will be host Derek Seguin, Kate Davis, Ben Miner, David Acer, Rob Ross, and David Pryde. Call the Cornwall Civic Complex Box Office at 613 938 9400 or check out www.admission.com to purchase tickets.

Tickets for the Gala Evening are also available through their not-for-profit partners. Contact, Roy and Cher’s Rescue Farm, Beyond 21, Habitat for Humanity ReStore-Cornwall & The Counties, Aultsville Theatre, Bereaved Families of Ontario-Cornwall or The Cornwall Handi Social Club for tickets. $15 from each ticket purchased through not-for-profit partners goes directly to the group that sells it.

The Atlantic Pub & Eatery in Alexandria welcomes host, David Acer featuring David Pryde and headliner Rob Ross on Saturday, May 5th at 8 PM. Private message them or call 613 525 2084 for tickets.

The South Glengarry in Lancaster presents host, Derek Seguin, featuring Ben Miner and headliner, Kate Davis on Saturday, May 5th at 10 PM. Private message them or call 613 347 2929 for tickets.