by Editorial Board
in History, News and Announcements
Reading Time: 2 mins read
59 3 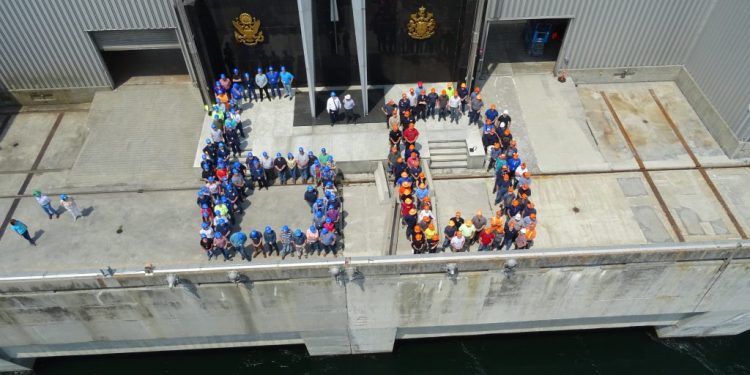 It’s a big milestone for the 16-unit, 1,045-megawatt station on the St. Lawrence River. Placed into service between July 8, 1958, and Dec. 18, 1959, the station shares the one-kilometre-long Moses-Saunders Power Dam structure with the Franklin D. Roosevelt Power Project station, which is operated independently by the New York Power Authority (NYPA). Currently, R.H. Saunders GS produces about five per cent of Ontario’s power.

​“For decades, we have worked with our U.S. counterpart to generate clean power from the St. Lawrence River in an environmentally and socially conscious manner,” said Jeff Lyash, OPG President and CEO. “R.H. Saunders GS is a valuable asset that will continue to serve Ontarians for many more years to come.”

To celebrate its birthday, the station’s staff and volunteers will be hosting a guided tour open to the public on Saturday, June 23.

“We anticipate people from the community will once again show great interest in this historic facility,” said Brent Stajkowski, Production Manager at R.H. Saunders GS. Those interested can book a time by calling the St. Lawrence Power Development Visitor Centre at 613-932-4563.

The guided tour will include a look over the station’s headworks at the top of the dam, a peek inside Unit 1’s generator, a view of the tailrace, as well a tour of the sixth floor, highlighted by the station’s new Eastern Operations Control Centre, which oversees the power production from 10 OPG hydroelectric stations in the region.

Visitors will also have the opportunity to view the famous Harold Town mural inside the station. They’ll also learn more about the history of the St. Lawrence River and the Seaway Project that helped pave the way for the station, which is named after the former Chairman of OPG’s predecessor, Ontario Hydro.

The St. Lawrence Seaway and Power Project was a massive undertaking that transformed the river in the 1950s. In addition to the construction of the dam and generating facilities, the project created several new locks and transformed navigation channels for shipping.

Since the dam went into service, OPG and NYPA have worked closely under a Joint Works Agreement to not only share the St. Lawrence River, but also maintenance practices, safety experiences, and common operational costs and duties, all while producing power independently at two separate generating stations.

Currently, OPG employs a staff of about 80 people at the station, most of whom live in the Cornwall area. Through the company’s Corporate Citizenship Program, OPG also provides support to nearly 50 community programs and local not-for-profit agencies.