This years Canada Day In Cornwall (what a great day!)

by Editorial Board
in News and Announcements
Reading Time: 4 mins read
58 1 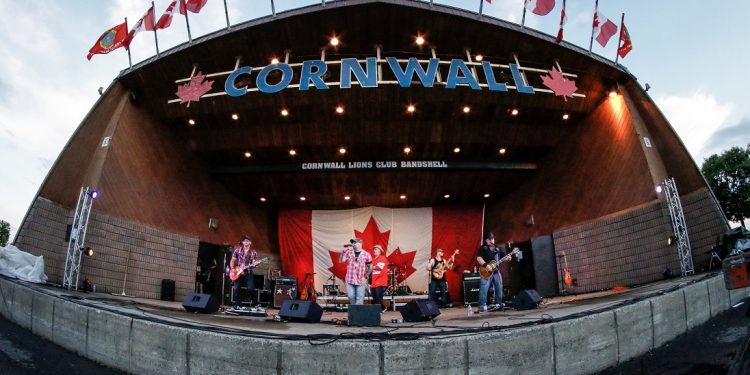 This years Canada Day In Cornwall (what a great day!)

Cornwall Canada Day Committee with local businesses and sponsors have put together a celebration that will be like no other our community has ever seen. This special day is designed to bring families together. We will have activities for kids of all ages, great bands, dancers, food and special acts that will keep people on their feet. This year we are going to light up the sky with a dazzling fireworks display that people will be talking about for years. The inflatable bouncy castles open their doors for adventure and fun. Home Depot will also have an impressive Fun Zone that the kids will love.

1:00 BCDC Dance is a progressive dance company that performs Contemporary, Hip Hop, Street Jazz, and Lyrical, to name a few. They are high-energy and always give their audience the very best in dance!

2:00 La Maison’s Top Vocal winners of the ‘Sing Your Way To Canada Day’ – Come out and hear some of the top local talents of our community. Over 50 local vocalists have taken part in this changing contest and you get to hear the top three winners.

2:45 – The Paw Pal Show is a popular family show that is sweeping the nation. This uplifting show brings together themes of being a good friend and neighbour along with having a good time. Music, dance and lots of laughs – who could ask for anything more!

3:15 Studio C Extravaganza – This colourful, award-winning dance group has a wide variety of styles that cater to all ages! Each time they take the stage people are in awe of their diversity. They take their audience from a night on Broadway to the streets of Hollywood!

4:00 Philippe St Arnaud – a well known young artist who has been featured on many different TV shows. The very best in French music!

5:00 Tommy Heatley Duo – a popular group that frequents the Cornwall area. They perform music of all styles and genres and appeal to a wide range of music lovers. Tommy always a great entertainer for all styles!

5:45 Presentations of the Service awards medal nominations, This honour recognizes Canadians who’ve made a difference in their communities. The Senior of the year award.

6:15 The Hallions have taken the local stages by storm with their “High Energy Celtic Rock”. The high-energy sound of fiddle combined with passionate, rugged vocals help give The Hallions their unique Celtic, Canadian sound. After touring local shows, The Hallions are looking to bring their original and traditional songs on tour across Ontario, the East Coast, and nation-wide. This group of talented musicians give their all with every gig they play. Everyone has a fun time when they are on stage.

7:30 Jesse Stone with the Dwane Dixon Band features the who’s who of Montreal talent. These musicians are some of the best young performers in Canada. Performing at blues fest, jazz fest Montreal, they have put in many miles on the road and know how to deliver a great show to a large audience! Stone is a prolific songwriter who puts on an exceptional stage performance. His music is catchy and his vocal delivery is unique. His fearlessness on-stage is due in large part to his huge catalog of diverse popular music. With years of experience and consistent positive crowd reactions, it is no wonder why this young man from Montreal has such a strong following!

8:45 Fire and Ice – What happens when you put four of the best musicians on the same stage with the goal of establishing a show that will be like no other in the history of our city? You get a little Fire and Ice – in short, a classic Pat Benatar tribute band that delivers the goods! This group reunites three previous members of the band Sam Hill and by adding the edgy vocally talented Tammy McRae on lead vocals this show will be a night to remember. Tammy is a power house singer who always leaves the crowd wanting more. All the members of this band have previously played together, including Tammy, in the band Stacey Thorne. Additional members are Roy Nichol, present drummer for April Wine, Music producer and audio engineer at Dreambuilder Studios. Mark Day known as one of the best guitar players to have ever come out of the city of Cornwall. Don Lecompte who has been playing bass guitar and singing for almost 40 years with various bands including Sam Hill, Stacey Thorne and Raised on Radio. Fire and Ice is expected to draw over 25000 people this July 1st in Lamoureux Park just before the fireworks so get down there early.

10:00 Singing of our National Anthem and Spectacular Fireworks!

10:30 – After the fireworks, special performance will be given by Mena Hardy who will be performing in the Beer Tent for folks who would like to continue celebrating with a cool one!

1:00 – Little Ray’s Reptiles – a creepy crawler but exciting and fun display of exotic reptiles from around the world

2:45 – On Main Stage – The Paw Pal Show is a popular family show that is sweeping the nation. This uplifting show show bring together themes of gatherings, being a good friend and neighbour and best of all how to have a good time. Music, Dance and lots of laughs,who could ask for anything more.

Bondfire in Lamoureux Park for St-Jean-Baptiste