Compassion in the midst of tragedy 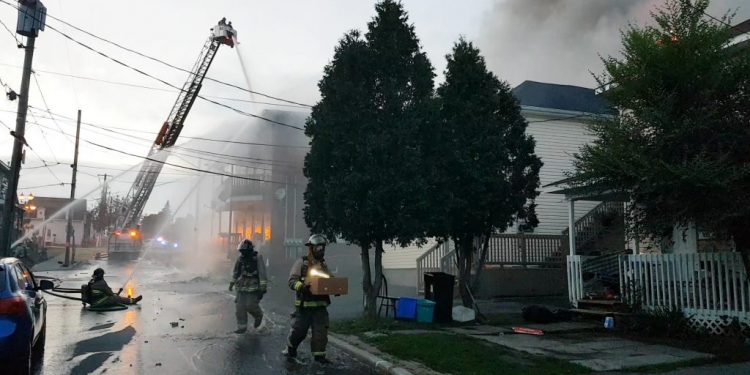 Cornwall, Ontario – Fire broke out at the intersection of Montreal Road and Alice Streets last evening; the heavy black smoke could be seen billowing from as far away as the City’s north end. The same apartment building was badly damaged by fire in August of 2016 and was just receiving final touches on its restoration when disaster struck again. This time the fire leveled the structure located at 701 Montreal Road and caused massive damage to the brick apartment unit to the south as well as to Poirier Furniture store and warehouse to the east.

Across the side street, due to the fire’s intense heat, The Shack restaurant and a house to its south suffered meltdowns to their vinyl siding.

Hundreds, including neighbours and people from across the City, gathered to watch the spectacle.

Fearing that their home could be next, residents of a neighbouring Alice Street house pleaded with firefighters to enter their premises and spare the lives of a litter of kittens. This short video clip shows two firefighters, who are considered heroes by those watching helplessly. The crowd cheered them for rescuing the young felines.

Additional footage of the fire appears below.