by Editorial Board
in News and Announcements
Reading Time: 1 min read
43 1 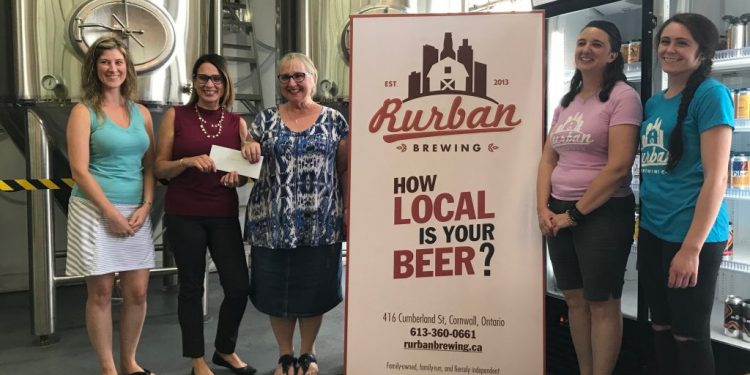 (Cornwall,ON) The Rurban Brewing Company was pleased to present the Agape Centre with a $1,500 donation today thanks a group of women who took over the brewery in January.
Rurban assembles an all-women crew to brew a beer in honour of International Women’s Day every year. They brewed an Irish Red beer called Queens of Eire which was released in March.

The all-women crew decides which local cause proceeds from the sales go. This year they chose the Agape Centre. This donation happens to coincide with Agape’s time of greatest need, and is in the midst of other Agape support, such as the $20 challenge.

Beyond the group of women who come in for the International Women’s Day brew, Rurban celebrates and cultivates women in brewing. Seventy-Five percent of our staff is female.

Rurban supports over 40 organizations in the community during the course of each year and we thank our great customers for their support of local beer.

How local is your beer?