Cornwall Ribfest 2018 welcomes tens of thousands from far and wide

by Editorial Board
in News and Announcements
Reading Time: 2 mins read
47 1 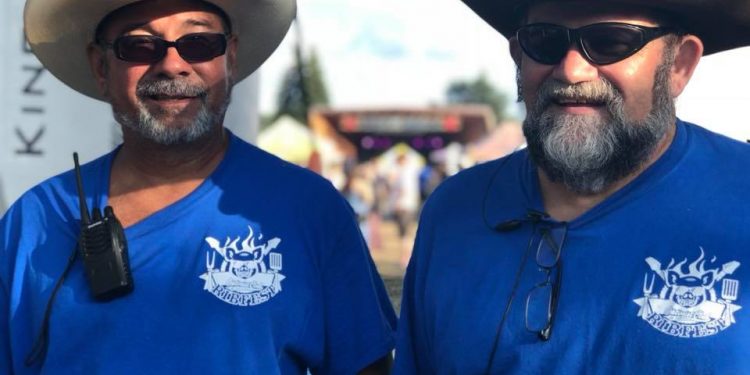 Cornwall, Ontario – “We’ve seen a lot of people from places such as Connecticut, Pennsylvania, Ohio and of course Montreal and Ottawa this year,” Optimist Ralph Brunton, President of the Optimist Club of Cornwall.  “We’re extremely happy with the turnout.”

Ribfest has been going on for 7 years in this town and every year, seems to be getting better.  From the midway, which offers not only rides, but the “Carnival Diablo” show and face painting, to the fabulous entertainment, to the row of vendors selling everything from hats to pontoons, the event is a guaranteed hit with everybody in the family.

Entertainment was plentiful throughout the week-end with many local and out-of-town bands and tribute acts.  Thursday saw a Taylor Swift band and Friday, absolute Journey.

Saturday Night was hopping.  Capital Beatles, a tribute to the Beatles who got people really moving, were followed by none other than Carl Dixon.  Mr. Dixon is an accomplished musician who performed with Coney Hatch, April Wine and The Guess Who (see article here) .

He spent an hour and a half on stage performing the Guess Who’s greatest hits.

We are very lucky to have one of the best teams I have ever worked with,” said Terry Muir, co-chair of Ribfest.  “The money we make with Ribfest allows us to do so much in the community such as the Toy Drive, we run an Optimist Softball League and a Ball Hockey League.”

“It’s not only about us, the chairmen or about all the individual chairs of this committee,” said John Lucio, co-chair.  “It’s a team effort and this team is fantastic. Every member of this team is phenomenal.  They take initiative, they get things done.  They are Optimists.  And we also have so many people from the community who volunteer for this event!”

There is one more day left to Ribfest and the weather looks like it will be perfect.   Vendors are ready, ribs are cooking, midway is running and bands are setting up.  Come on down for “Practically Petty”, a tribute to Tom Petty, followed by Road Apples, a Tragically Hip tribute.  Shows happen on the main stage until 7, then, the party keeps going in the Beer Tent with the “Heater and the Heartbreak Kid”.

“This is an awesome event for the community,” said Julia Lucio, media coordinator.  “There is a little bit of everything and you can feel good knowing that your hard-earned dollar is not only buying you delicious ribs, but also going to a good cause.”