by Editorial Board
in You May Also Like
Reading Time: 3 mins read
28 1 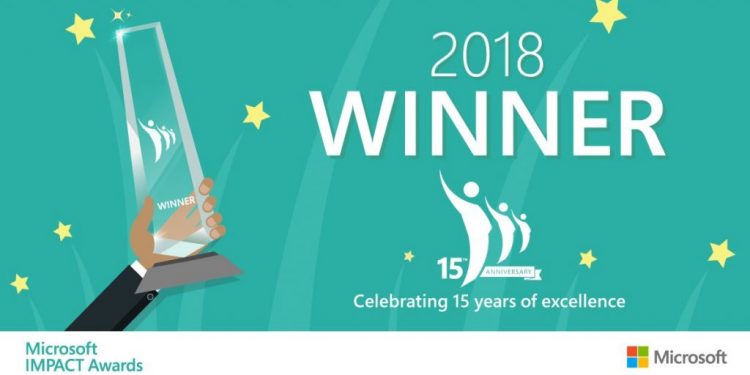 From the way we interact with friends to how we do our jobs, developments in the technology sector have a huge impact on our lives in so many ways. Whether it is the games console that we play on or the apps we use to explore our local community, it feels strange these days when we actually discover an activity or pastime which is not touched by computing.

So much of this is down to the incredible work done by IT’s leading lights across the globe, as well as the efforts of our homegrown talent here in Canada. From a purely financial perspective, research suggests our country’s ICT sector is a major industry, with its revenues reaching more than $180 billion in 2016.

While further research may suggest the domestic ICT sector is the smallest out of the G7, there is still plenty of evidence that great work is being accomplished within it. In fact, some of the country’s finest IT service providers were recently recognised at a major awards event hosted by one of the world’s most well-respected computing organizations.

Held in July in Las Vegas, the IMPACT awards are organized by Microsoft Canada to highlight the innovative work undertaken by the IT giant’s range of partners in the country.

Now in its 15th year, the 2018 winners were announced as part of the Canadian Keynote and Awards event, with the ceremony taking in an array of awards across a range of categories. Research from Betway recently suggested that individuals often face a long wait – in the region of 13 years in fact – before achieving award success and a quick look at the results of the IMPACT awards certainly suggests there is something in that. For example, Lixar IT’s impressive showing at this year’s event has come almost 20 years on from the founding of the organization. The company, which has offices in Halifax, Nova Scotia and Ottawa, took home the Industry Innovation Award for Public Sector and the Breakthrough Partner of the Year Award, while it was also named as a finalist in the categories of Data and AI Innovation and Application Innovation.

Another strong performer at the event was T4G Limited, which won the Industry Innovation Award for Commercial and also the Data and AI Innovation prize for submissions which both had a focus on using machine learning and artificial intelligence to boost customer value. Founded in 1996, the technology and marketing business – which was formerly known as Technologies for Growth before a rebrand – now has five offices and employs a workforce of around 230 people. Reacting to the double win, T4G president Geoff Flood said the company had “immense pride” in the excellence that its team brought to customers through the use of Microsoft technology. He added that “having this validated by Microsoft themselves is quite the honour”.

Other major winners at the event were AMTRA Solutions, which took home the Modern Workplace Innovation Award, and Pythian, which secured the Application Innovation Award. Kognitiv Spark won the Innovation with Hardware Award and AirGate Technologies beat off competition from Citrix to secure the Infrastructure Innovation Award.

The Business Applications Innovation Award went to Edgewater Fullscope, while WebScan Solutions Inc and New Signature won the Modern Marketing Innovation Award and Commercial Enterprise Partner of the Year respectively. Commercial SMB partners on the east and west of the country were also recognised with Softlanding Solutions and SherWeb taking home awards, while Accenture was Public Sector Enterprise Partner of the Year.

The Winning Together Award recognises collaboration between partners with EY & PCM Canada and Stratiform scooping the prize, while Novari Health beat Sierra Systems to secure the Citizenship and Community award.

While there may have been some concerns raised recently regarding the size of Canada’s IT industry, it is clear that many organizations within the sector are doing some vital and truly innovative work as they support their clients.

Microsoft Canada’s IMPACT Awards are clearly a vital showcase of the top talent the country possesses and it will be fascinating to see if any of this year’s winners can build on their success with another strong showing in a year’s time.