Eat Your Way to Health

by Editorial Board
in Food and Recipes
Reading Time: 4 mins read
30 2 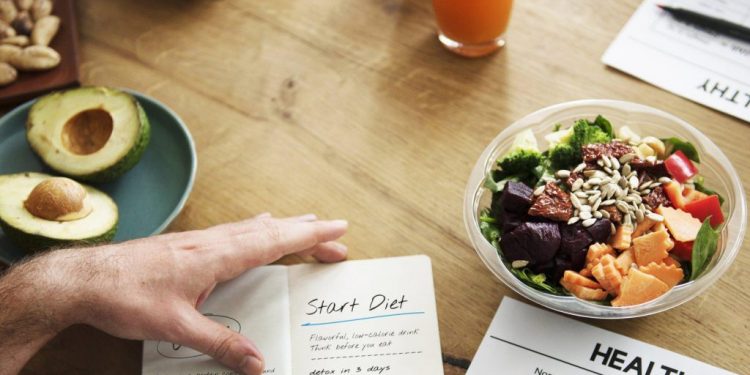 Almost everyone makes a resolution to improve something, usually about themselves, in the new year. All too often, these admirable resolutions are abandoned or forgotten by the end of the second week of January and we lapse easily into the same poor habits, feeling only a mild sense of guilt at having abandoned our plans while we get on with living our lives. But every now and then, we get genuinely fed up with our current – for example – way of eating, and actively work to change our diet.

The old accepted way of losing weight is to semi-starve our bodies while working them far too hard. The idea is that forcing the body to use more fuel than it is given to make it burn up its reserve supplies: that is to say, your body fat. This would work well if the body’s metabolic rate was a constant: fixed and unchanging no matter how much or how little fuel is put into it. But the human body is an amazing entity, and it is particularly good at adapting to changing circumstances, and as soon as it perceives a trend of less nutrients going in, it cuts back on the body’s fuel usage. The body becomes, in one way, more efficient, burning less fuel while still meeting the demands of all the internal systems. However, in another way, it is less efficient because, as with austerity in financial systems, fuel is pulled from other areas of the body: the immune system and so on. This means that you are not losing weight after an initial small loss before the body adjusted the metabolism, and you are more inclined to fatigue and are at risk of catching any colds or other viruses that might be going around because your defences are weakened. There has also been a push to boost carb intake and reduce fat, which has been demonised as causing the obesity, diabetes and cardiac illness epidemics – something which scientists are now saying is completely incorrect.

The new thinking is that fat is not the enemy, sugar is the problem. This theory has been around for a very long time and it makes logical sense: carbohydrates are supposedly ‘good’, but sugar is ‘bad’ – and yet carbohydrates break down into sugars, so how can they be good? This was loosely explained away with details of complex sugars and simple sugars, but the math never really did add up properly. Fat – from real food sources, not artificial transfats – is known for its power to satiate, while carbs all too often leave the eater wanting more and more. If you eat predominantly fat with one meal: for example belly pork and vegetables you will feel more

satisfied than if you were to eat belly pork, vegetables and potatoes… That’s right, adding more to your plate makes your ‘hunger’ worse. This is because the carbs break down into sugars, and sugar is addictive: we want more and more of it.

If you want to make a change in your way of eating, the first thing you must understand is that we are all different people, and eating the exact same diet as your friend who lost all her extra weight in two months and has no problems maintaining that loss might result in you not losing a single pound – or even gaining a little! The best thing to do is to put yourself on a very restricted regimen for a week or two: no wheat, no sugar, no dairy, and no starchy carbs. This is to clear your system of foods to which you might be intolerant. Intolerances often manifest for the foods that we think we cannot do without: ‘I can’t have a coffee without milk’ or ‘I couldn’t have anything but milk on my cereal,’ can be a clear warning that doing without milk might be just what you need to do!

Once your system has been allowed to clear of any risky foods, you can begin to reintroduce them: preferably one a week, carefully monitoring how you feel after each meal and the one following that. Any bloating or discomfort, any changes in – ahem – bathroom visits, and any physical pain will let you know that you should avoid this particular foodstuff going forward.

Obviously, working out the foods that you are okay with will take some time – but the good news is that all the while that you are introducing delicious real foods back into your system – there are many online stores that specialise  in selling natural produce, welfare standard meats and real foods with no preservatives or colourings – you will be losing weight, gaining health and filling your energy levels to max!