by Mai-Liis Renaud
in Arts and Culture, News and Announcements
2 min read
0

Cornwall, ON – Tonight (Wednesday, January 16th, 2019) saw the official launch of the Arts and Culture Centre fundraising campaign right here at 159 Pitt Street, the former Bank of Montreal building which will be transformed into the home of the Arts Centre. A centre which will be “a performance venue and exhibition space to support the arts, promote tourism, improve the quality of life in our community and attract new businesses and employment to Cornwall.”

Tim Hortons and its restaurant owners are donating 100% of the proceeds from sales of Smile Cookies to over 550 charities, hospitals and community programs across the country

8 weeks ago the fundraising committee presented to the City Council in a soft launch to get the city’s recognition for the fundraising group and at that time $70,000 had been received in donations and pledges.

Tonight, at the beginning of the launch, that total had risen to $110,000 and after the presentation of 2 cheques, one from Focus Art (top photo) and one from the Arts Collective (bottom photo), 35 minutes later, that total rose to $144,500. 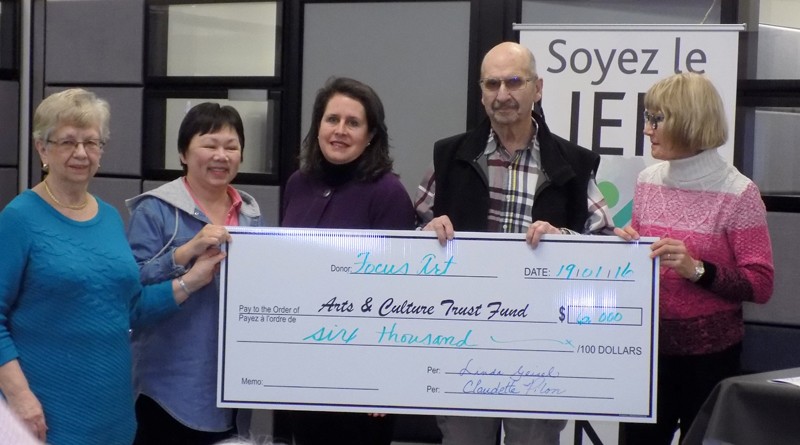 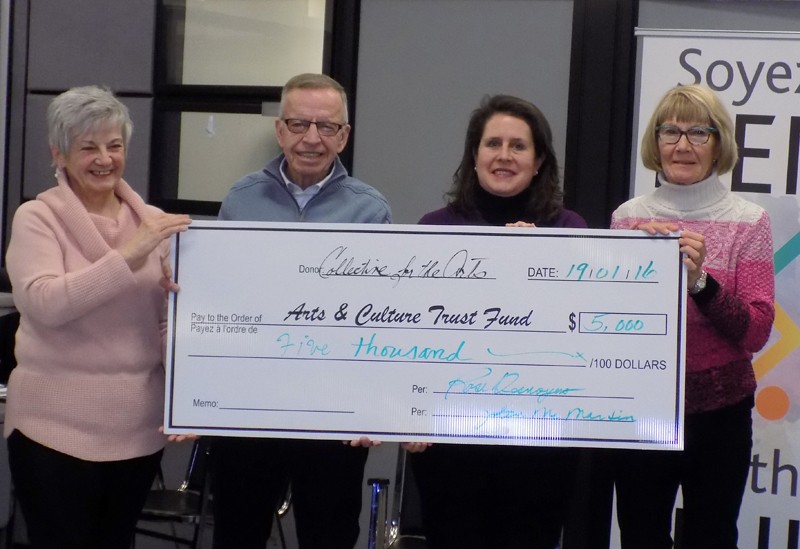 Mai-Liis Renaud and Julia Lucio, co-owners of The Seeker can proudly to say that the first donation of $2,500 to the Arts and Culture Centre Fund back in 2014 came from the Seeker when they donated partial proceeds from the Seeker’s Choice Awards Evening that year.

If anyone would like to make a donation towards the renovations to convert the classic Beaux Arts building into the Arts & Culture centre, we invite you to “Be a Link” that will make this dream a reality and you can make your cheque out to: City of Cornwall Arts trust fund. This can be mailed or delivered to the City of Cornwall, 100 Water Street West, Suite 104, PO Box 877, Cornwall, ON K6H 5T9 or for more information please call Katie Burke, Chair of the Fundraising Committee for the Arts & Culture Centre at 613-933-8353.

Tim Hortons and its restaurant owners are donating 100% of the proceeds from sales of Smile Cookies to over 550 charities, hospitals and community programs across the country