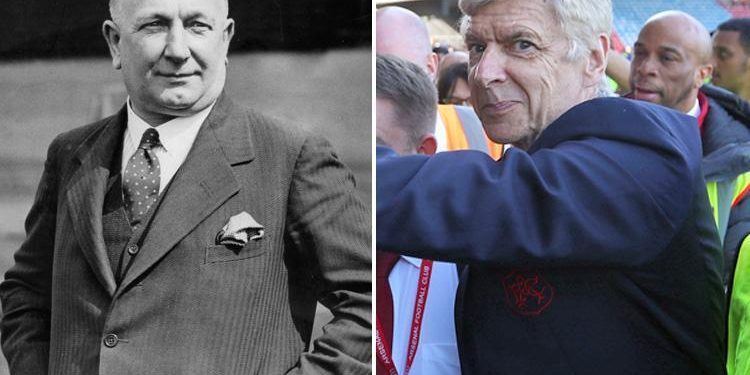 Arsenal is a British professional football club founded in 1886 in the South-East of London by workers of the Royal Arsenal Artillery Plant. That’s why the team’s nickname is the Gunners. This famous team was the champion of England 13 times. Most of its history, Arsenal F.C. was in the top division of British football, and it became one of the founders of the English Premier League in 1992. In the 2018–2019 season, the club can beat the competitors, Chelsea and Manchester United, and get an opportunity to enter the Champions League. If got here because you have an assignment related to this topic, you might consider websites (like https://ca.bestcustomwriting.com/) where you can buy custom essays dedicated to football or any other subject and get a better perspective on the subject matter.

A Russian businessman Alisher Usmanov sold his part of shares (30%) last year, so actually, the sole owner of the Club now is Stan Kroenke, an American entrepreneur. Overall, eighteen head coaches were instructing players in the history of Arsenal F.C. Also, and five people were performing the head coach’s duties at various times. The first coach of the Gunners was Thomas Mitchell — he was assigned for this post in 1897. Two football top managers, Herbert Chapman and Tom Whittaker, died when they were Arsenal F.C. head coaches. This article discusses the two most outstanding head coaches of this football club — Herbert Chapman and Arsène Wenger.

Herbert Chapman was a coach who made Arsenal F.C. a Champion for the first time. According to the poll conducted by The Sunday Times newspaper, the legendary creator of the W-M formation was named the best British coach of all times. He had done his work with such revolutionary methods that other trainers used his approaches 20 and 30 years after his death. During the eight years of his management, he was able to create the strongest football club in the UK.

All the great coaches of the mid-twentieth century could rightfully call themselves Herbert Chapman’s apprentices. From the very beginning up to Matt Busby’s time, football coaches were a kind of team secretaries, where the Club owners made all significant decisions. The coach only had to control physical training and influence the choice of players’ lineup on the field and game tactics slightly.

For the first time in football history, Chapman put tactical concepts, which he had previously developed on paper, into practice. He said that no one coach had tried to organize the team’s victory before him — it had been just a boring play with the hope for the best. For the first time in the world of football, Chapman began to prepare his team for the game by taking into account all aspects of the upcoming confrontation — from the time needed to go to the stadium to the strength of the gate frame. His primary goal was to combine the right tactics with the correct players who would act according to the roles assigned to them, and he paid equal attention to both attack and defense.

In addition, Herbert Chapman had an extraordinary intuition, thanks to which he could accurately predict the results of many matches and foresee certain events for many years ahead. Chapman believed that the future of English football belongs to the strong ties between English and European clubs. Thus, he had predicted the appearance of the European Champions Cup 27 years before it happened. The great trainer died in 1934 from sudden pneumonia. Now the bust of Herbert Chapman occupies the most honorable place in the marble hall of fame at the Emirates Stadium, where the famous Arsenal F.C. is still playing.

Arsène Charles Ernest Wenger, or “Professor,” as the team players used to call him, was the most successful coach of the Gunners. Also, he is one of the record holders of the English Premier League for the time of execution the head coach’s duties in one club. Wenger began to train Arsenal players in 1996, and he left his post in 2018 after 22 years of hard work.

Wenger was French, and he was born in Strasburg in 1949. He worked as football trainer in France, Monaco, and Japan. In 1980-1990, many people related to sports believed that foreign coaches were not able to manage English football clubs successfully, so the public did not perceive his appointment well. Wenger proved the opposite when he became the first foreign coach of the Club who led the team to the victory in the English Championship in his first full season.

Under his leadership during the first nine seasons, Arsenal F.C. was the champion of the Premier League three times and became the winner in the final of the FA Cup four times. By the end of 2017, the Frenchman helped the team win three champion titles of England, seven England F. A. Cups, and seven Super Bowls.

From the beginning of his career, he started to reshape the traditional game style, moving away from a dull and slow playstyle to a fast and entertaining show on the football field. Wenger also gained the reputation of a professional who knew how to reveal talents, making real football stars out of promising players.

Wenger’s team spent relatively little money to buy new players. It is believed that this was an element of his strategy. But at the end of his career, Wenger broke the record amount of transfer contracts twice, buying Frenchman Alexandre Lacazette for 46.5 million pounds and Pierre-Emerick Aubameyang from Gabon for 56 million pounds. Wenger was never embarrassed about the nationality of a team member if he’s talented.

In the 2003–2004 season, Wenger became the only coach in the history of the English Premier League who led his team through the major league season without a single defeat. However, in the European Cups, Arsène Wenger’s team failed to succeed. In 2000, Arsenal reached the finals of UEFA Cup but lost to the Turkish Galatasaray in a penalty shoot-out. In 2006, the Gunners got to the Champions League final but eventually lost to Barcelona. In 2012, the Club suffered the biggest defeat in its history, losing to Milan 4:0 in the 1/8 of the Champions League.

Despite the series of unsuccessful matches, Wenger remains an example for other foreign coaches in the English Football League. He continued to embody the Herbert Chapman’s ideas to make football intellectual, spectacular, and amazing. Without a doubt, the team won the highest number of awards and titles during the Wenger’s leadership.

Arsenal F.C. had different head coaches who used to lead the team to victories, but only these two talented trainers managed to take the Club to a fundamentally new level. Innovator Herbert Chapman helped the little-known Arsenal team begin to fight for the highest positions in tournament tables and obtain the first trophies. Wenger, who made a revolution in the English Premier League, added the word “top” to the Club, turned it into a global brand, and concluded his work at the peak of the team’s glory.

Herbert Chapman and Arsène Wenger were not just football experts. They were the personification of two epochs in football history. Football players and fans will never forget the contribution of these two prominent football trainers to the success of Arsenal F.C. and the development of world football.

Book Your 2019 Summer Adventures with the RRCA